"Hrh been to boots he is on the blue pill express' pondered one Twitter user. 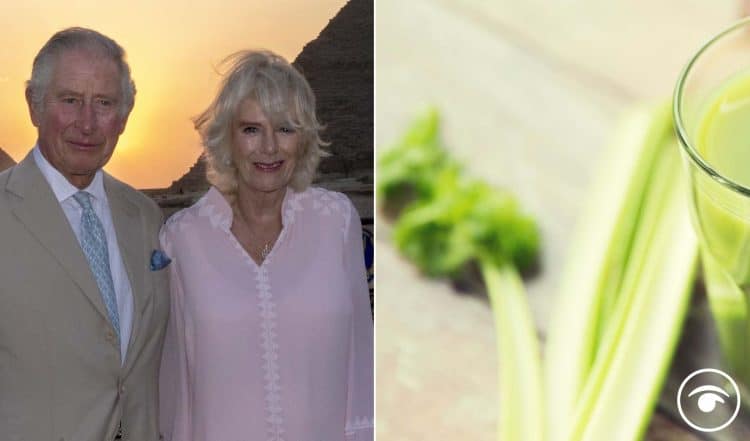 The Duchess of Cornwall has described herself and the Prince of Wales as still having “a snap in our celery” as she stressed their foreign tours were working trips and not holidays.

Camilla’s comments were made on the flight home from the Middle East where the royal couple spent four days celebrating the culture, heritage and achievements of Jordan and Egypt.

Royal tours are conducted on behalf of the Government and usually feature busy schedules, covering thousands of miles and the duchess described this week’s trip as “quite tough”.

The highlight of her time in the Middle East was the royal couple’s visit to the site near the River Jordan where John the Baptist was said to have baptised Jesus, describing it as a “spiritual” moment.

Speaking on Voyager, the ministerial jet, before it landed on Friday, the duchess said about the Middle East tour: “It was quite tough, we were driving a lot and it was pretty bumpy.”

Commenting on her previous visit to Egypt with Charles, soon after they married, she added: “But afterwards I think, OK, 16 years ago, I’m a lot older now, well into my 70s but to quote Richard Ingram, ‘we’ve still got a snap in our celery’.”