As the latest poll shows Labour widening the gap in voting intention to 9 Points Ahead of Conservatives, a senior Conservative has suggested that his party make an electoral pact with the Brexit Party. In the European elections this month Nigel Farage’s new party despite being only a few weeks old is set to get […] 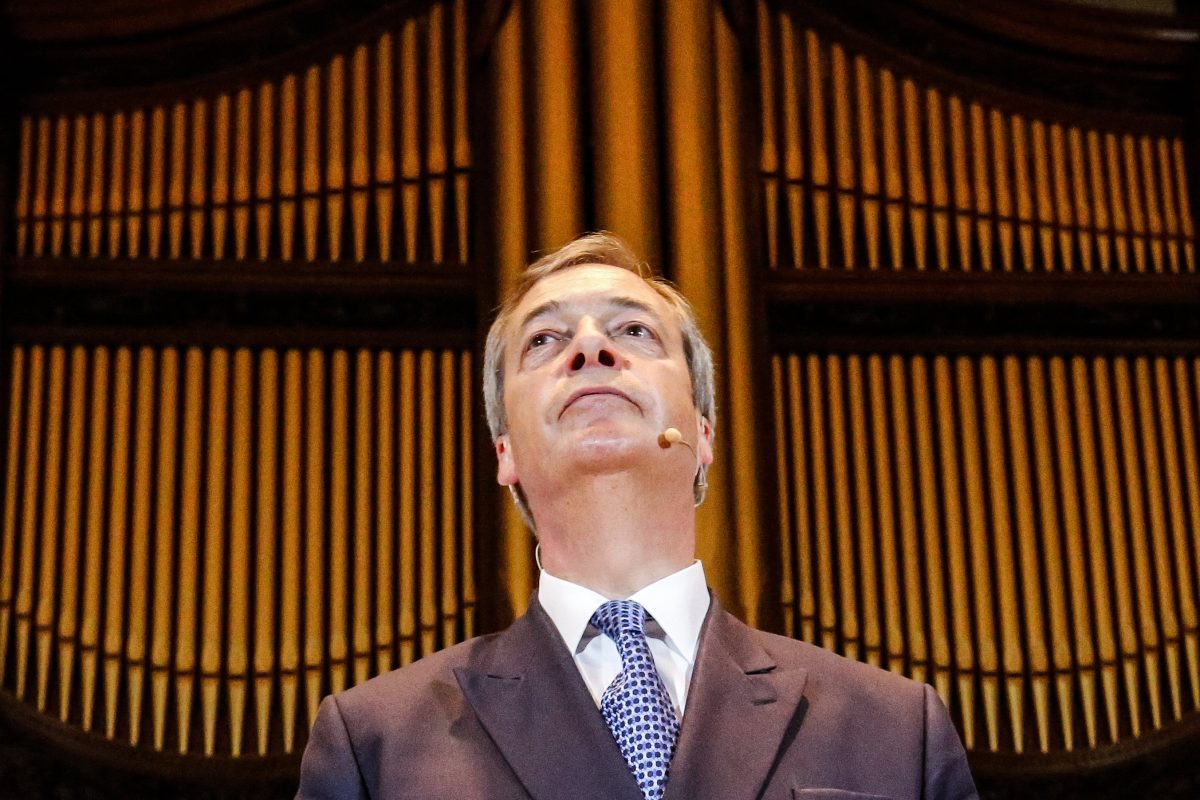 As the latest poll shows Labour widening the gap in voting intention to 9 Points Ahead of Conservatives, a senior Conservative has suggested that his party make an electoral pact with the Brexit Party.

In the European elections this month Nigel Farage’s new party despite being only a few weeks old is set to get treble the votes of the Conservative Party – already smarting after record losses in the local elections.

And in a poll based on responses 9th – 13th May 2019 the Conservatives have fallen even further in national election voting intent.

Such an election result would see senior Tory MPs vying to replace Theresa May such as Boris Johnson and Amber Rudd possibly losing their seats.

The poll also found that almost half of the public is now in favour of a referendum on the final Brexit deal whatever it is, and remaining in the EU, revoking Article 50 is the most popular option now for the British public.

If a new referendum was held on the UK’s membership of the European Union, how would you vote in this referendum?

And with talks between the Prime Minister Theresa May and Labour Leader Jeremy Corbyn now at an impasse with top Conservatives vowing to oppose a permanent Customs Union, a Brexit deal parliament can agree on looks more impossible than ever.

“In my judgment, we are going to have to come to an accommodation with the Brexit party,” Blunt insisted.

“The Conservatives, as a Brexit party again, being very clear about their objectives, are almost certainly going to have to go into some kind of electoral arrangement with the Brexit party, otherwise Brexit doesn’t happen.”

The Conservative MP for Reigate added: “Listen to what Nigel Farage said today. He would ‘do a deal with the devil’ to get Brexit over the line.

“The Conservative party is very far from being the ‘devil’ in this.

“80% of the membership of the Conservative party are very keen to make sure that Brexit happens, will be in a position to enthusiastically support leaving the European Union with no deal, and if we are then able to agree a position to put to the country, I think we would hit the ball out of the park.”

Interestingly, while the Brexit Party has surged ahead, No Deal Brexit parties command 29%; the main parties which mainly support a Brexit Deal or Deal with a confirmatory public referendum have 34% of the votes and Remain parties 33%.

The research found that remaining in the EU/ Revoking Article 50 remains the most popular outcome for the public, with over one in three saying this is their most favourable scenario (36%, +3 vs Apr). Leaving the European Union with ‘No Deal’ is the preferred outcome for two in ten Britons (22%, -2 vs Apr). One in ten (10%, -2 vs Apr) want to Leave the EU with Theresa May’s deal, and 13% want Britain to leave the EU but remain in the Single Market / Customs Union (-2 vs Apr). One in five (19%) are unsure.

How important in a Brexit agreement is a customs union with the EU so there are no checks on goods at UK/EU borders (including with Ireland)?