Julian Assange has lost his legal battle to walk free from the Ecuadorian embassy after a judge ruled he should still be charged over an outstanding UK arrest warrant. The Wikileaks founder has been in his Knightsbridge bolthole in central London since 2012 after rape and sexual assault allegations were made in Sweden and he […] 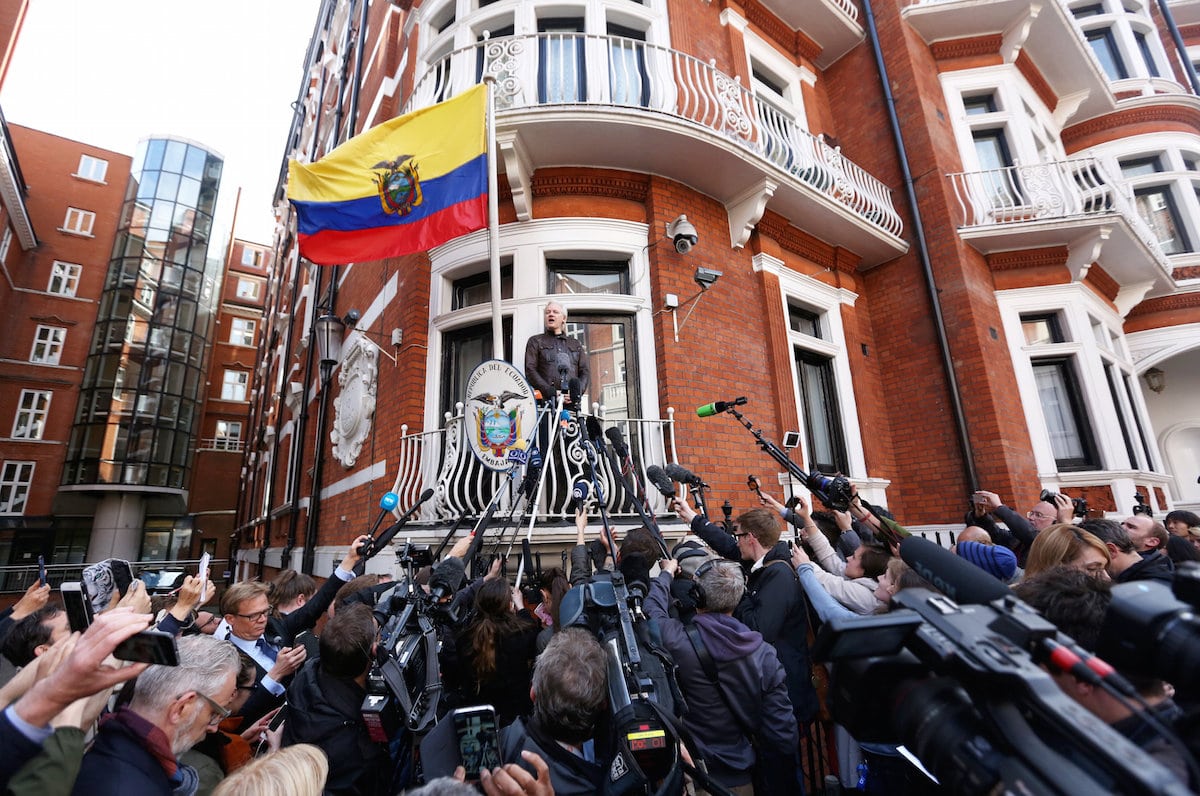 Julian Assange has lost his legal battle to walk free from the Ecuadorian embassy after a judge ruled he should still be charged over an outstanding UK arrest warrant.

The Wikileaks founder has been in his Knightsbridge bolthole in central London since 2012 after rape and sexual assault allegations were made in Sweden and he skipped bail.

The 46-year-old denied the accusation and feared extradition would lead to him being sent on to US authorities over leaking sensitive documents including details of American troops bombing civilian positions in Iraq.

Legal proceedings in Sweden were dropped last May and a European Arrest Warrant was withdrawn.

But he still faced arrest in the UK for jumping bail in 2012, when he sought asylum in the South American country’s embassy and failed to surrender to court.

The activist fears if arrested he could still be extradited to America.

Lawyers for Assange argued last month the warrant for failing to appear at court had lost its purpose and applied for it to be withdrawn citing it was not in the public interest.

Prosecutors opposed it saying it would be “absurd were a defendant effectively to be rewarded with immunity to evade proceedings for so long that they fell away for whatever reason”.

Chief Magistrate Emma Arbuthnot told the packed hearing and public gallery at Westminster Magistrates’ Court on February 6 that the challenge had failed.

Mark Summers QC representing Assange argued the arrest warrant has no “independent life outside the extradition proceedings” which had concluded and time spent holed up in the Ecuadorian Embassy is already “severe” punishment enough.

He also said the UN ruled Assange’s situation was “arbitrary, unreasonable, and disproportionate”.

But Ms Arbuthnot said it was “not uncommon” for Bail Act offences to be pursued when the main legal proceedings had ended.

At Westminster Magistrates Court today (Tues) she announced her decision that the outstanding warrant for skipping bail should not be dropped due to public interest.

She said he would have had enough sunlight and access to the internet during his “self confinement” something which other prisoners would not of had.

Assange was not present in court to hear the judgement.