According to Priti Patel, those who oppose the Rwanda deportations are either 'anti-Brexit', or 'racist' - here's what she had to say... 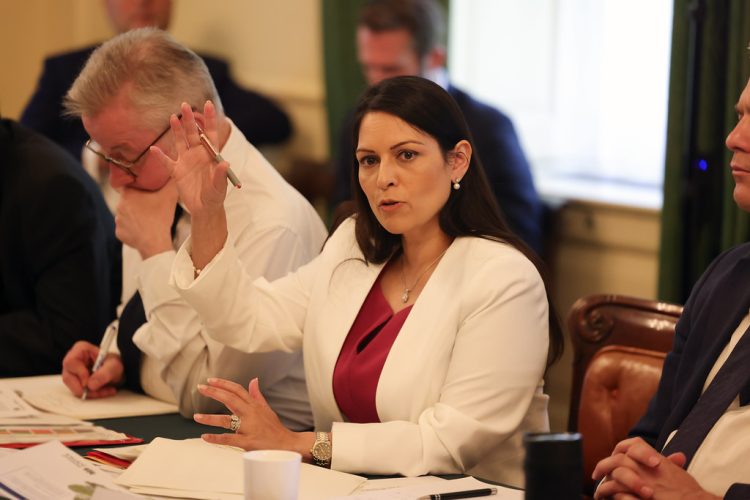 Someone is still reeling from not getting her own way this week, it seems: Home Secretary Priti Patel has teed off big time on Saturday, after her government’s plot to send asylum seekers to Rwanda failed to get off the ground.

Rwanda flights grounded – but for how long?

A last minute European Court injunction prevented a chartered flight from deporting a group of newly-arrived immigrants to the African country, as per the Conservative’s controversial plans to handle illegal border crossings.

The policy, which has been largely derided by figures ranging from the Church of England to OTHER Tory MPs, remains in place – with Priti Patel and her colleagues vowing to press on and send their first flight to Rwanda ‘imminently’.

Still seething from the events of the previous week, Patel told The Times that critics of her plan are guilty of racism – and no, we’re not making this up. One of the most senior figures in British politics has become something of a master when it comes to projection:

“If we were sending people to Sweden, New York, Sydney, would people change their mind? That speaks of inbuilt prejudice – and I would even go as far as to say, racism. One could argue [the UK government] has been a soft touch so far.”

Priti Patel tells The Times that criticism of the Rwanda deportations can be seen as ‘racist’, on 18/06/2022

Smearing her detractors as racists is one thing, but Priti Patel did not stop there. The divisive minister also took a swipe at the judges who blocked the deportations, openly questioning their motivations for making such a drastic decision.

During her diatribe, Patel suggested that ‘anti-Brexit motivations’ helped influence the courts, which stepped in to defend the basic human rights of these refugees. The Home Secretary, however, says she ‘will try again’ – and wants to find a way to overturn the verdict.