"I was already being too polite," she has since said in response to Patel. 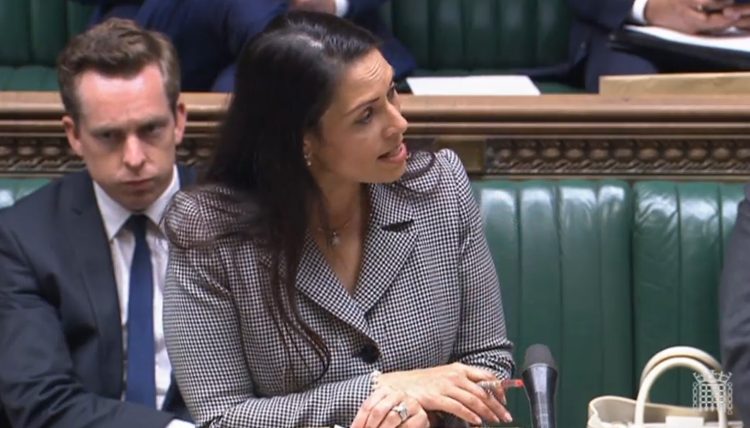 Priti Patel has insisted the Government will press ahead with its plan to send asylum seekers to Rwanda despite an 11th-hour legal ruling by a European court which halted the first departure.

The Home Secretary said she was surprised by the European Court of Human Rights’ intervention, overruling domestic judicial decisions, but told MPs it was “inevitable” there would be legal challenges to the Government’s policy.

In an apparent reference to the human rights lawyers who have repeatedly taken on the Government, she told MPs that “the usual suspects” had set out to “thwart” the plan.

She wasn’t happy about it, as you can see from the Daily Express front page.

However, during a debate in the Commons about the Rwanda flight yesterday, Labour MP Zarah Sultana said that Priti Patel lacked compassion.

Patel stood up and asked her to withdraw it.

As you can see Sultana has no intention of apologising for her comments.

Since then Zarah Sultana tweeted: “Priti Patel said it was a “slur” when I told her she lacked compassion and called for me withdraw it. I didn’t and I won’t: I was already being too polite.”

Related: Watch: Quentin Letts takes a huff on GMB as he is called out on Rwanda flights