"If I was still editing I’d have put Sterling on my front page today and certainly ensured I did not have an entirely white front page. Sadly fully half of the papers have only white faces, unconscious bias at best." 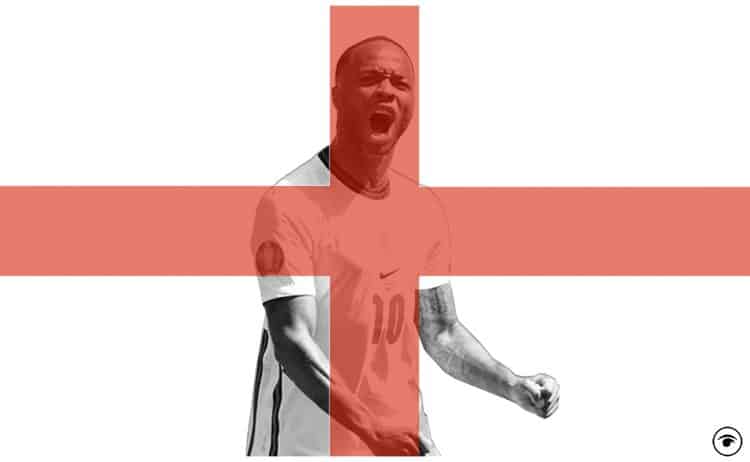 A former Sun editor has hit out at newspapers for featuring “entirely white front pages” ahead of this evening’s Euro2020 final.

England face Italy in a much-anticipated clash today as the Three Lions go into their first major final in 55 years at Wembley looking to land a maiden European Championship title.

The player of the tournament so far has been Manchester City forward Raheem Sterling whose goals against Croatia and the Czech Republic gave England safe passage through the group stages.

He also forced Simon Kjaer to put the ball into his own net for the equaliser against Denmark and won the decisive penalty in extra-time following a blistering performance.

But in spite of his heroics, Sterling was largely shunned ahead of the final on front pages, with captain Harry Kane, who has had a somewhat indifferent tournament, widely featured instead.

'I hope history records not only your success but also the spirit, commitment and pride with which you conduct yourselves'#TomorrowsPapersToday

Tomorrow’s #frontpage – FOR QUEEN AND COUNTRY! Her Majesty salutes the ‘spirit, commitment and pride of Gareth Southgate’s band of brothers and hopes for glorious repeat of 1966!#TomorrowsPapersToday

If I was still editing I’d have put @sterling7 on my front page today and certainly ensured I did not have an entirely white front page. Sadly fully half of the papers have only white faces, unconscious bias at best. Try better tomorrow? ???????❤️??

After England’s win over Germany there was vocal calls to plaster “talisman” Sterling across front pages.

Unfortunately, they too fell on deaf ears, with Harry Kane and Prince George dominating the newspaper coverage.

Stick this on your front page of your newspaper tomorrow, our talisman, our King pic.twitter.com/2Ed0t6thdL