“I think at this stage it is very, very important that people do not get their hopes up too soon about the speed with which we will be able to roll out this vaccine." 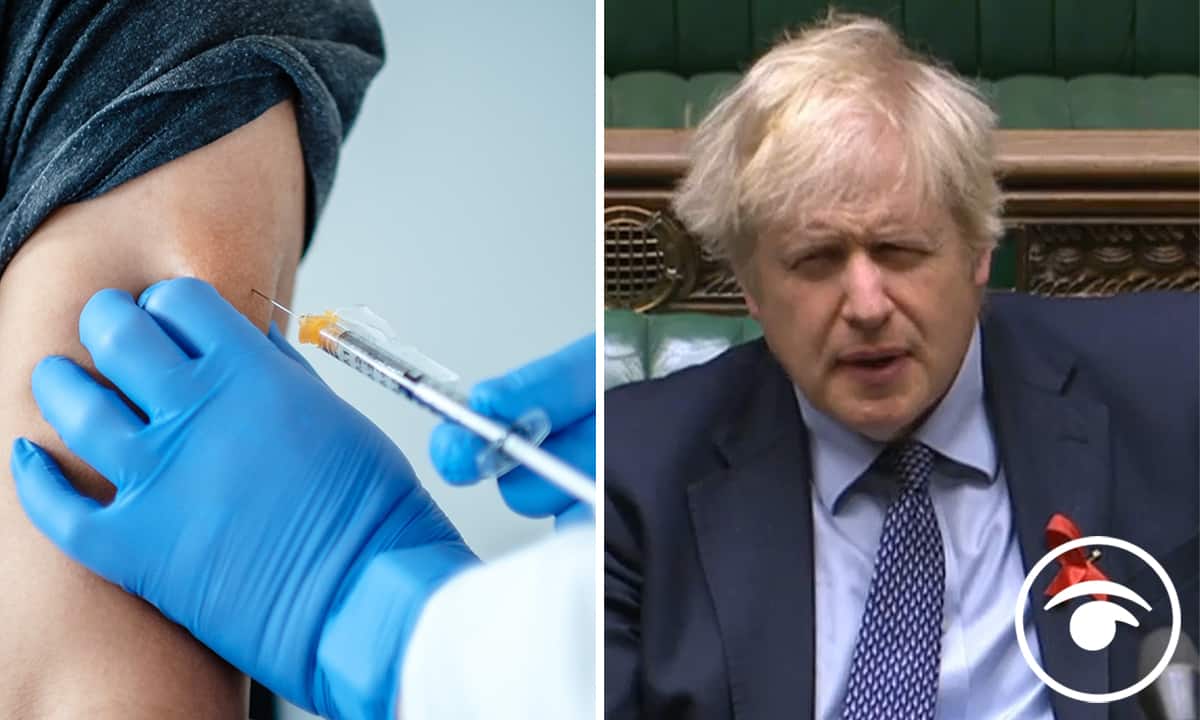 Boris Johnson has insisted that Coronavirus vaccines will allow Britons to “reclaim our lives”, although he acknowledged there are “logistical challenges” to overcome.

Boris Johnson struck a cautious tone at today’s Prime Minister’s Questions after the UK became the first country in the world to approve a jab from Pfizer and BioNTech.

He told MPs that progress on a vaccine is “very good news” but “it is not the end of our national struggle” against the virus.

Mr Johnson also said the requirement to keep the Pfizer vaccine at minus 70C means there are “logistical challenges to be overcome to get vulnerable people the access to the vaccine” they need.

Sir Keir Starmer had pressed the Prime Minister about the practicalities of getting the jab into care homes and raised concerns about public confidence in vaccines.

The Labour leader asked Mr Johnson to back calls for legislation to enable financial penalties to be issued to companies which fail to act on “life-threatening disinformation” about vaccines.

Opening Prime Minister’s Questions, Mr Johnson said: “I know the whole House will want to join me in welcoming the fantastic news that the MHRA has formally authorised the Pfizer vaccine for Covid-19.

“The vaccine will begin to be made available across the UK from next week.”

He added: “It is the protection of vaccines that will ultimately allow us to reclaim our lives and get our economy moving again.”

Sir Keir asked about the priority list for vaccinations, saying: “Now, I’m not criticising that list in the slightest but it’s obvious that’s more than 400,000 people.

“The Prime Minister will understand how anxious people are in those particular groups after having sacrificed so much, so can the Prime Minister tell us the answer to the question they’re going to be asking this morning, which is when does he expect that all people in those two top groups can expect to be vaccinated?”

Mr Johnson replied: “I think at this stage it is very, very important that people do not get their hopes up too soon about the speed with which we will be able to roll out this vaccine.

“It is beginning, as my right honourable friend the Health Secretary has said, from next week. We are expecting several million doses of the Pfizer/BioNTech vaccine before the end of the year.

“We will then be rolling it out as fast as we possibly can.”

Asked by Sir Keir about getting the vaccine into care homes, Mr Johnson said: “It does need to be kept at minus 70C, as I think the House understands, so there are logistical challenges to be overcome to get vulnerable people the access to the vaccine that they need.

“We are working on it with all four devolved administrations in order to ensure that the NHS across the country is able – and it’s the NHS that will be in the lead – to distribute it as fast and as sensibly as possible to the most vulnerable groups.”

Sir Keir went on to raise concerns over anti-vax material, telling Mr Johnson: “We’ve got the highest regulatory and medical safety standards in the world but it’s really important we do everything possible to counter dangerous, frankly life-threatening disinformation about vaccines.

“We on this side have called for legislation to be introduced to clamp down on this, with financial penalties for companies that fail to act, so will the PM work with us on this and bring forward emergency legislation in the coming days which, I think, the whole House would support?”

Mr Johnson said: “We are, of course, working to tackle all kinds of disinformation across the internet and he’s right to single out the anti-vaxxers and those who I think are totally wrong in their approach, and he’s right to encourage take-up of vaccines across the country and we’ll be publishing a paper very shortly on online harms designed to tackle the very disinformation that he speaks of.”

Sir Keir also asked the Government to share with MPs its communications plan for the vaccine once developed – “So we can all say the same thing in the same way to the country and thus encourage as many people to take the vaccine as possible.”