“I think there was a boiling point when they put up those fences. It was a final breaking point for most students.” 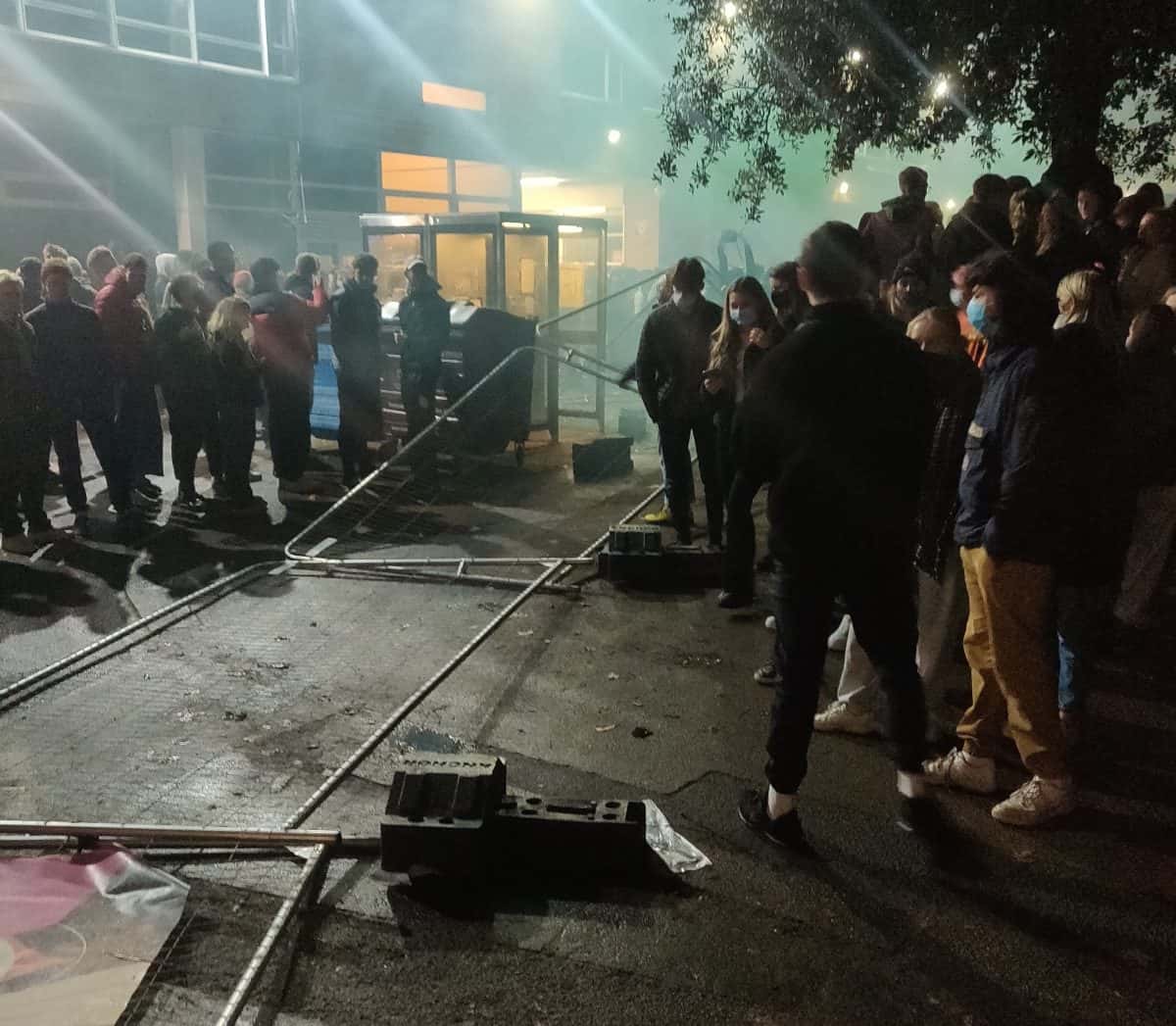 Students angered by fences put up around their halls of residence have pulled down the barriers in protest.

The fences were erected on Thursday at the University of Manchester’s Fallowfield campus as a “security measure” to “help avoid the mixing of households”.

But the measure – which was not explained to residents until after the fences went up – caused unrest among students, who protested on Thursday evening and pulled the barriers down.

The university subsequently issued an apology and said the fences would be removed on Friday.

Joe Hindley, a 19-year-old first-year maths student, told the PA news agency: “We’ve just been really frustrated. It feels like a kick in the balls.

“There’s no benefit we can see to them being up.

“They’ve said something about it increasing our safety but from what we can see it’s a complete waste of money.”

The fences were put up around the outside of the campus, with security checks on the way in, and between blocks.

While they did not prevent students from entering or exiting the campus, they did bar passage between the different blocks of halls.

Ben McGowan, a first year politics and sociology student, said the reaction from students was an accumulation of frustration built up since they arrived in September, with students subjected to lockdowns and restrictions, with fines for some who broke the rules.

Mr McGowan, 18, said he had been disappointed with how the university has handled the coronavirus situation, saying he felt there had not been enough support or guidance.

“I think there was a boiling point when they put up those fences,” he told PA. “It was a final breaking point for most students.”

Mr McGowan said he was unimpressed with the apology and that it was “way too late”.

He added: “It showed just how badly thought through it was.”

In an email received by students shortly before 8.30pm on Thursday, the university’s president and vice-chancellor Professor Dame Nancy Rothwell apologised for causing “concern and distress” by putting up the fences.

“This was not our intention – in fact quite the reverse,” she said.

“The fencing was intended as a response to a number of concerns received over recent weeks from staff and students about safety and security; particularly about access by people who are not residents.

“There was never any intent to prevent you or other residents of our halls from entering or exiting the site.”

She added that the fences would be removed on Friday, and alternative measures “including additional security patrols” would be brought in instead.