“Ours has been rather lax, not just for visitors coming into the UK the vast majority of whom do not have covid but we’ve also been rather lax with our quarantine of individuals who have been in direct contact with a case; indigenous cases." 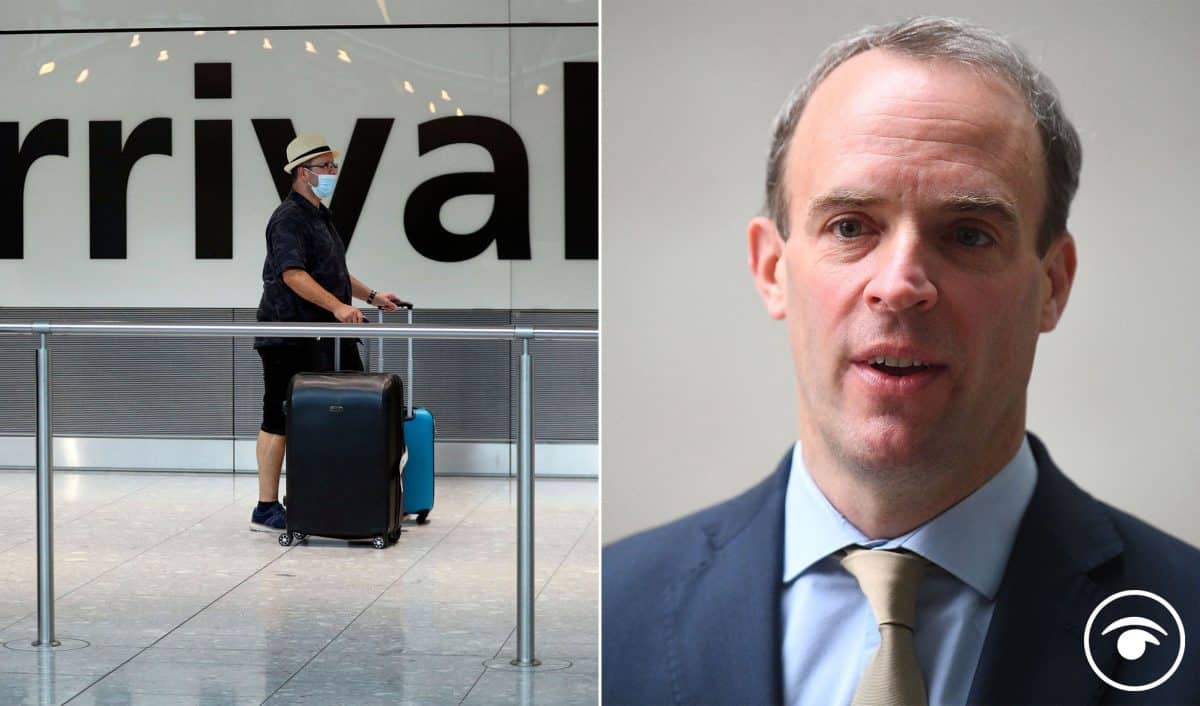 A leading epidemiologist has criticised the Government’s “pretty lax” approach to quarantining foreign arrivals and contacts of coronavirus cases, as ministers pledged to “beef up” checks.

Professor John Edmunds, a member of the Government’s Scientific Advisory Group for Emergencies (Sage), said that if there is a quarantine policy it should be made “as effective as you possibly can”.

The Sunday Times reported that ministers were considering introducing quarantine hotels and using technology to ensure people isolate, amid concern over new strains of coronavirus arriving from overseas.

Professor Devi Sridhar Tweeted: “We got there in the end with travel (even though we should also be testing at airports). Just like it took us a while to get to test/trace/isolate & face coverings. But we really need a comprehensive strategy.”

Foreign Secretary Dominic Raab, when asked about the report, said the Government would “consider all the measures in the round”.

But Prof Edmunds told Times Radio: “If you’re going to have quarantine then you should probably make it as effective as you possibly can.

“Ours has been rather lax, not just for visitors coming into the UK the vast majority of whom do not have covid but we’ve also been rather lax with our quarantine of individuals who have been in direct contact with a case; indigenous cases.

“We’ve been pretty lax about that.

“We just ask them to stay at home and so I think yes, if we’re going to have quarantine we should try and make it work as best as possible.”

Mr Raab told Sky’s Sophy Ridge on Sunday: “In terms of enforcement, we are going to be strengthening the checks at the border – so when people come in to make sure that they have filled out the passenger location form, that they have got that negative test that they have to vouch for before they get on the flight.

“Also, because the effect of abolishing or suspending the travel corridors is that people go into quarantine and self-isolation for 10 days, we’re making sure that Public Health England checks to make sure people are adhering to those rules.

“As well as changing the rules, we are also making sure that we beef up the capacity to make those checks.”

He later told Times Radio that he “wouldn’t rule anything out” when asked whether GPS tracking could be used to ensure people isolate.

Mr Raab said: “I’m not involved in the technical enforcement measures that Border Force rightly look at but I wouldn’t rule anything out to make sure that we’ve got an effective system of checks to protect the rollout of the vaccine.

“There’s no stone we won’t leave unturned in terms of doing that.”

Labour said it would “look at” the option of quarantine hotels, but shadow work and pensions secretary Jonathan Reynolds said he was “not sure” it was the “most effective” measure.

Related: Covid patients admitted to hospitals ‘every 30 seconds’ as all UK adults to be offered vaccine by Sept