"Freeports increase the risk of criminals using the port, whether for drug or human trafficking, counterfeit goods or other illicit activity." 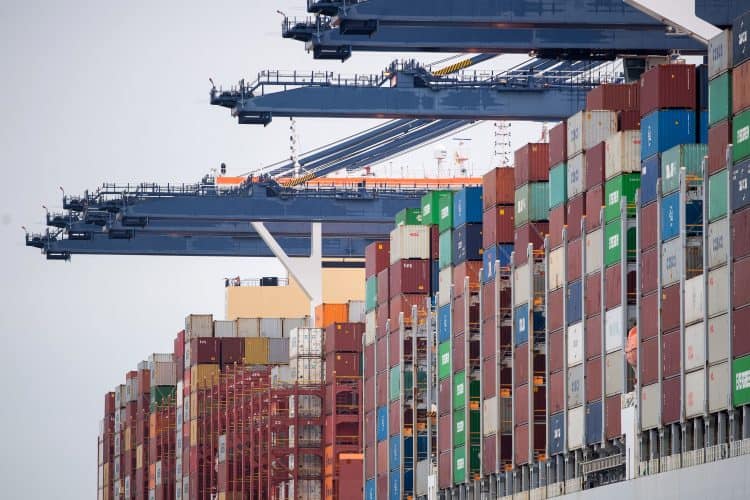 Conservative MPs have called on the new prime minister to arrest the decline of Britain’s coastal communities, which face losing half their young people due to a lack of jobs.

Helping coastal communities is a noble aim as the lack of jobs and spiraling house prices, brought in by second home owners, have made lives miserable for so many.

But are freeports the answer?

In Sunak’s spring 2021 Budget, the Chancellor announced that freeports would be created at East Midlands Airport, Felixstowe and Harwich ports, the Humber region, the Liverpool City region, Plymouth, the Solent, the Thames and Teesside.

However, designating freeports simply moves economic activity from one part of the country to another, could rssult in net-zero benefit to the domestic economy as a whole and potentially improving one area while simultaneously depriving another, writes Elizabeth Small is a Partner in the Tax team at Forsters.

She adds: “Perhaps the most damning criticism of freeports is that they become a haven for money launderers and tax evaders, who make the most of the lack of tariffs and reduced regulation offered by these areas.

“What with less red tape and less taxation, some are concerned that freeports provide operators “with a safe and widely disregarded storage space, where trade can be conducted untaxed and ownership can be concealed” (European Parliament Report on tax evasion and money laundering which called for their abolition across the EU in April 2019)”

The excellent Richard Murphy wrote on Taxreasearch.co.uk in 201 the following.

I was asked yesterday if I might be available to discuss freeports on the media and what my ‘top lines’ would be if I did. These were what I suggested was wrong with them:

1) Freeports are bound to reduce the protection for workers. Light touch regulation always does in the end. Employers NIC is already going. Maybe it will be pensions next, and then what as desperate measures are taken to make this policy work.

2) Freeports increase the risk of criminals using the port, whether for drug or human trafficking, counterfeit goods or other illicit activity.

3) Having a border around the port will increase paperwork and costs for those using the port. Just look at Northern Ireland.

4) Regulation in freeports is going to be outsourced to the freeport operator. Really? Is that wise? Surely this creates the most massive conflicts of interest? Won’t they turn a blind eye to deliver their own economic success?

6) Freeport jobs are usually ‘shed jobs’ that usually attract fewer  women. Is that the basis in which we wish to build economic development?

7) Freeports in the UK  were abandoned in 2012 by David Cameron because they did not work. Why repeat the mistake now?

8) Jobs could simply be moved into the port with no real gain at all, and real losses in local areas that force employees to travel further to work.

9) It is still not clear how local authorities gain – and they may lose out from business rates cuts in freeports.

10) These are tax havens at the end of the day. The government will get less money – and when this government says that it needs to raise more tax that means someone else will pay. Why should we all subsidise those who want to free ride us  by using a freeport?

The group of 13 MPs, including former leadership contender and Portsmouth MP Penny Mordaunt, has written to Liz Truss and Rishi Sunak to urge whoever wins the Tory leadership contest to come up with a plan to boost the coastal economy.

They said: “There are serious challenges facing the country – and whilst the UK coastline continues to attract millions of visitors this summer, for the people living there it can be a very different story.

“Our coastal communities have been amongst the hardest hit by the pandemic and will be hit further by the rising cost of living. Without urgent intervention they stand to fall even further behind.”

A 2021 Survation poll of 1,000 young people in coastal communities found 49% planned to move away, with lack of jobs the overwhelming reason.

The MPs, including senior figures such as Nusrat Ghani, Bernard Jenkin and Sir Desmond Swayne, called for freeport benefits to be extended to the whole of the UK coastline and connectivity between the coast and the rest of the country to be improved.

They added: “Growing industry in coastal communities is vital to turn the tide. Industry roles, such as those in maritime, pay £9,000 more than the national average per year, and for every £1 generated by the sector, a total £2.71 is generated across the UK economy.”

The letter was organised by Maritime UK, which represents maritime industries and last year published a manifesto proposing ways to boost the coastal economy.

Chief executive Ben Murray said: “The contest deciding Britain’s next prime minister is in its final days, but we have yet to see a clear plan for growth in our coastal communities from either candidate.

“Not for the first time, the people living in these communities could be forgiven for feeling forgotten.

“We have a real opportunity to put coastal areas at the heart of Britain’s green growth. But this will require an economic plan that treats these areas as places of business and trade, not just bucket and spade.”

On Thursday, the Government announced it had opened the bidding for a new freeport in Wales.

Related: ‘Taking the p**s:’ Rayner’s comment one of many slamming Johnson’s kettle advice