He said Freedom Day on July 19, was a gamble that has since contributed to almost 40,000 hospital admissions and more than 4,000 deaths. 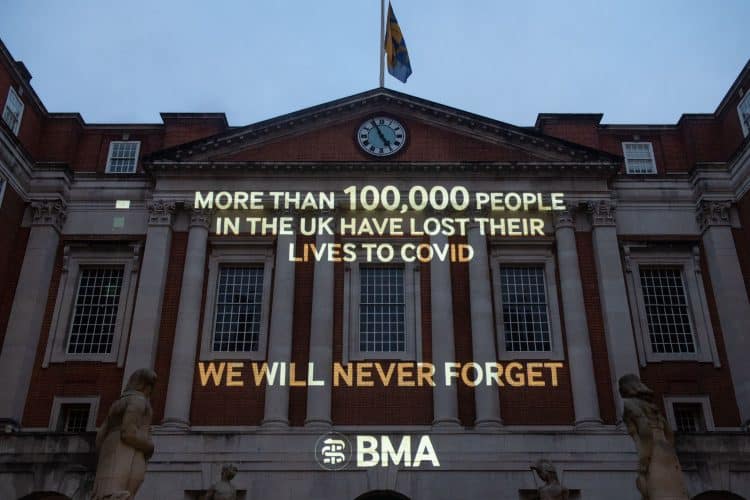 Chronic neglect of the NHS and a lack of preparedness before the pandemic, along with flawed government thinking, has added to the tragic impact of Covid-19, the British Medical Association’s council chairman will say.

The NHS was already in crisis, with waiting lists at an all-time high and record waits for cancer treatment – plus almost 90,000 staff vacancies before the pandemic struck, according to Dr Chaand Nagpaul in a speech to be given at the BMA’s Annual Representative Meeting.

He is set to say: “We will not accept a return the old pre-pandemic NHS, which was so patently under-staffed and under-resourced, where nine in 10 doctors are afraid of medical errors daily.

“We will not accept an NHS running at unsafe bed occupancy and without spare capacity.

“We will not accept an NHS unprepared for a pandemic, without vital PPE to protect the health and lives of health and care workers.

“We will not accept an NHS in crisis every summer, let alone every winter.”

He added: “We will not accept a nation bereft of public health staff, facilities and testing capacity, with ministers then paying billions to private companies who were unable to deliver.”

The UK has seen more than 130,000 people die with Covid-19 since the pandemic began and there were 12,000 excess non-Covid deaths last year, the BMA says.

Dr Nagpaul suggests that the so-called Freedom Day on July 19, when many restriction were eased, was a “gamble” that has since then contributed to almost 40,000 hospital admissions and more than 4,000 deaths.

Dr Nagpaul also has concerns about how far recently announced additional funding for the NHS and social care, as it continues to deal with the pandemic and a backlog of cases, will stretch.

The Government plans to raise £12 billion extra a year for the NHS and adult social care through a rise in national insurance next spring.

The NHS will get most of the share for the first three years, with £5.3 billion allocated to social care, £500 million of which will be spent on workforce training and recruitment.

Ministers say social care will get more money after this window as the £86,000 cap on costs, which will come into force in October 2023, starts to require funding.

A Department of Health and Social Care spokesman said: “We have backed the health service at every turn, with an extra £29 billion to support health and care services on top of our historic settlement for the NHS in 2018.

“At the same time, we are backing the NHS with a further £36 billion for health and social care and a ring-fenced £8 billion to tackle backlogs and help the NHS deliver an extra nine million checks, scans and operations for patients across the country.”