"You told me this morning when I was in here... that you would drink this water," he says to the commission. "So, would you drink it?" 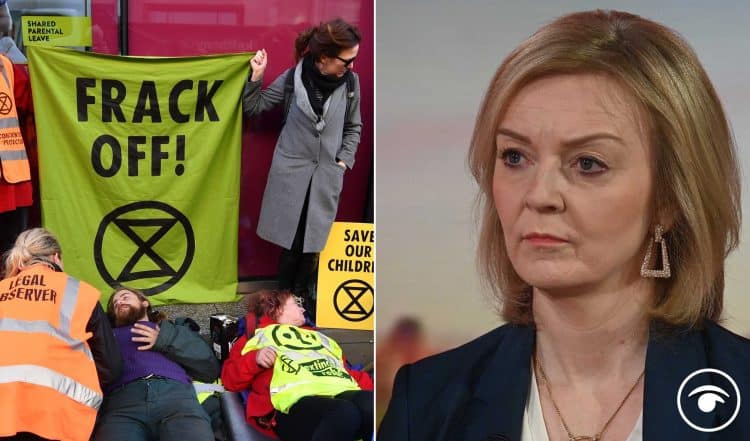 Last week Liz Truss announced a ban on fracking will be lifted and said she hopes to get gas flowing from onshore shale wells in as little as six months where there is “local support”.

Campaigner Julie Daniels, 62, said: “Liz Truss has no idea what she’s talking about. She thinks we’re going to be pumping gas within six months. What ignorance.”

Ms Daniels and three fellow members of campaign group Nanas, set up to oppose fracking in the county, arrived at the site following the Prime Minister’s announcement wearing yellow “frack free” tabards and with “no fracking” placards.

“We didn’t think we’d have to come back,” she said.

“We worked tirelessly for years. It went on and on and we were mostly held together by the solidarity of the community and from right across the UK.”

Ben Goldsmith shared the video from 2015 which shows James Osborne, who lives in the Midwestern state of Nebraska.

He brought with him a water bottle and cup containing fresh water as well as water he mixed to show what it could look like if the proposal of a fracking wastewater storage went ahead and there was any contamination.

“You told me this morning when I was in here… that you would drink this water,” he says to the commission. “So, would you drink it?”

After a pause, someone replies, “Sir, we [can’t] comment on this.”

Some people drew a comparison with this scene from the film Erin Brockovich.