"Sums up Johnson perfectly. Johnson failed. The Tories failed. Johnson Out Today," wrote one person in response the MPs comments. 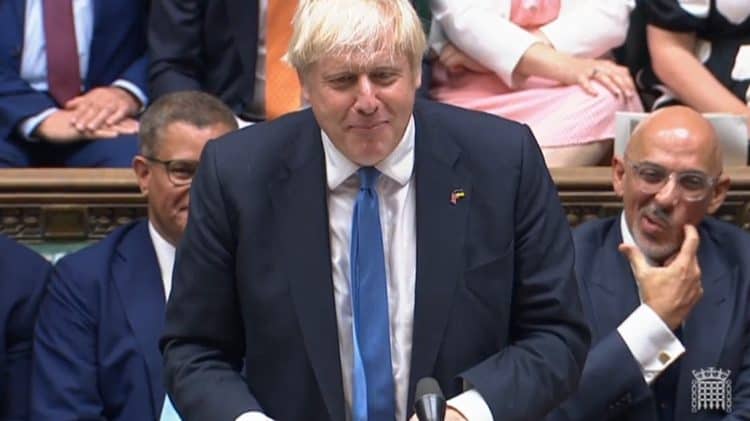 The outgoing Prime Minister received a standing ovation from the Conservative benches after concluding his final remarks, although his predecessor Theresa May did not join in with the applause.

The Spanish term “hasta la vista” translates to “see you later”, but “hasta la vista, baby” is the catchphrase of Arnold Schwarzenegger’s cyborg character in the 1991 movie Terminator 2: Judgment Day.

Perhaps he should have paid attention to Labour MP for Swansea West Geriant Davies, but we doubt he did.

Davies took down each of the ‘big calls’ Johnson has apparently got right.

He said: “The Prime Minister will be remembered as a man of his word: let the bodies pile high — 200,000 dead.

“This is the truth they don’t like, let’s listen to the truth — 400,000 fewer people in jobs than before the pandemic if you include the self-employed, which the Prime Minister doesn’t.”