The High Court found that policies in March and early April 2020 were unlawful because they failed to take into account the risk to elderly and vulnerable residents from non-symptomatic transmission of the virus. 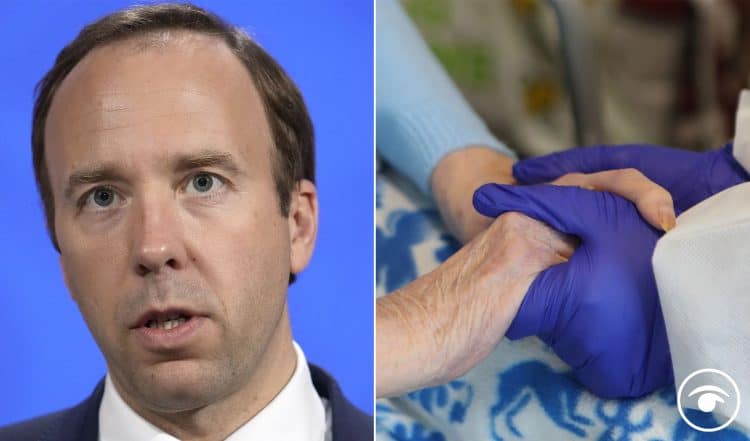 Former health secretary Matt Hancock has apologised for people’s “pain and anguish” during the coronavirus pandemic, after the High Court ruled the Government’s care home discharge policies were unlawful.

It comes as a video has debunked Hancock’s claims about what the government knew at this time about asymptomatic transmission.

On Wednesday, the High Court found that policies in March and early April 2020 were unlawful because they failed to take into account the risk to elderly and vulnerable residents from non-symptomatic transmission of the virus.

The claim against the Government was brought by two women after their fathers died from Covid-19 – Cathy Gardner, whose father Michael Gibson died, and Fay Harris, whose father Donald died.

Mr Hancock told the BBC the pandemic was “incredibly difficult” for many people, adding: “I’m very happy to reiterate my apology, as the Prime Minister has done, as I said on Wednesday, for all of the pain and the anguish that it caused.”

The judges said it was necessary to discharge patients “to preserve the capacity of the NHS”, but found it was “irrational” for the Government not to have advised that asymptomatic patients should isolate from existing residents for 14 days after admission.

He wrote in the tweet above his new video: “If he’d switched on the radio on 13/3/20 he would have heard the Gov’ts own chief scientific adviser Patrick valence say “It looks quite likely there is some degree of asymptomatic transmission.”