Magistrate Ian Chick told him: ‘’Most sensible people would pay it off as and when they can." 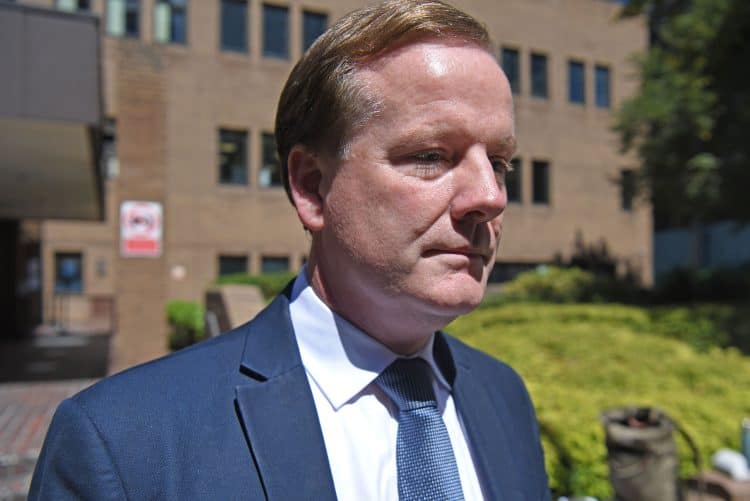 Shamed Tory MP Charlie Elphicke has not applied for any jobs despite owing the taxpayer £35,000 in prosecution costs, a court was told on Friday.

He has not paid off a penny of the money he owes, Uxbridge Magistrates Court was told.

He is living off benefits after being convicted of three counts of sexual assault.

The court was also told he forked out £11,000 for a deposit on a rented flat in Hammersmith despite owing the money.

The disgraced parliamentarian, 51, who was branded a ‘sexual predator’ by a judge when he was sentenced in 2020, claimed the same judge had ‘picked’ the £35,000 figure at random.

The former MP for Dover, who wants to become a writer, has been given until September to pay back the cash and tried to claim he should not pay a penny until then as his situation could improve.

Today he was ordered to pay back £200 within the next week and then £200 a month after reluctantly saying he would cough up some cash.

He told the court: ”At the last hearing in December it was agreed I would have a grant of time to pay.

”I should pay the total amount before 15 September which is in six months.

”The purpose of this particular hearing is to see if my situation has changed in the meantime, which could accelerate the time to pay.

”I have bought my Universal Credit statements with me and my bank balances which show my position has not changed.

”The hearing should be adjourned to September when I hope my position might have changed and I hope I might be able to make a more sensible proposal.

”At the time I was sentenced the judge was told very clearly that I had no means.

”This is a prosecution costs order that should only be imposed where there are means.

”The judge did not have time to do an assessment and just picked this particular figure.

‘’I put the deposit on the flat down because otherwise I would end up homeless.

‘’In the Autumn everyone was moving to London post-Covid. I had to fight to get anywhere to live in London.

‘’I co-parent my son and he lives in that area.

‘’I am working with my job coach on an assumption that I can begin a writing career.

‘’I am working with a creative writing charity as I could not carry on my previous career any more.

‘’I hope to bring out books in due course.

‘’I am looking at whether I can find employment to fill the gap in addition to my writing work.’’

When asked by magistrates how many jobs he had applied for, or whether he had looked to stack shelves in a supermarket, he replied: ‘’I have not applied for any jobs.

‘’I have been fulfilling requirements with advice from the DWP.’’

Magistrate Ian Chick told him: ‘’Most sensible people would pay it off as and when they can.

‘’We would like you to meet some of the contributions towards this.

‘’If you really can’t pay then you will have to come to court.’’

He will next appear in court on 15 September.