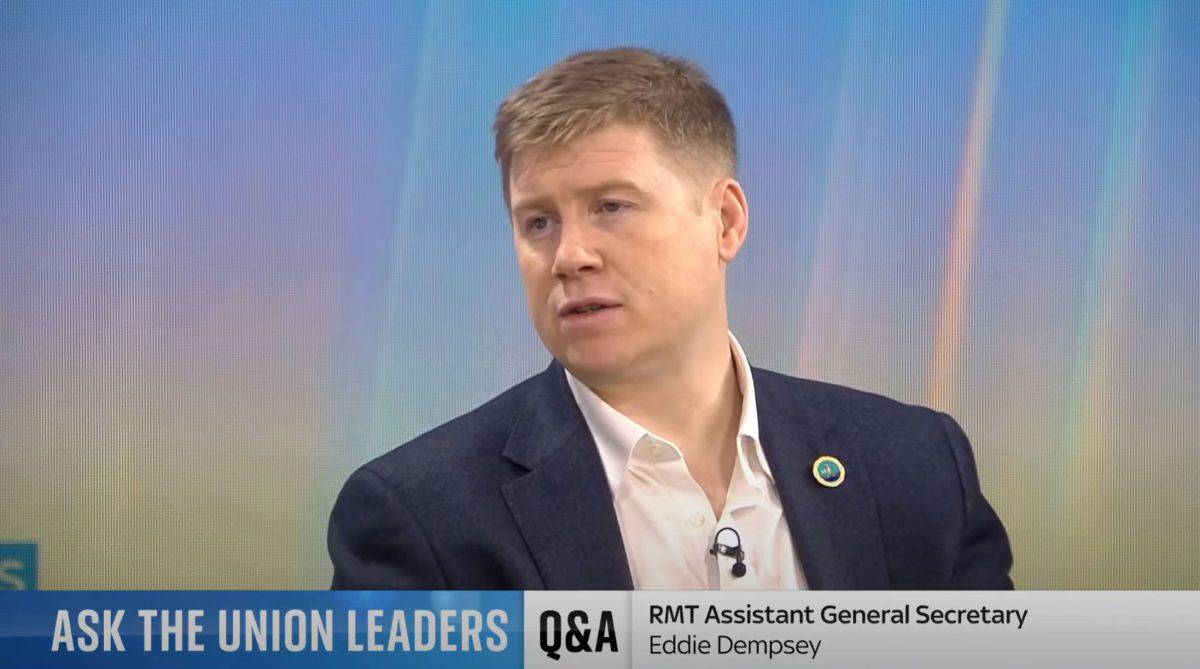 Ministers have come under fire for their refusal to engage in negotiations with unions after business secretary Grant Shapps claimed that doing so would trigger a “spiral” of wage inflation.

Eddie Dempsey, assistant general secretary of the RMT, which covers the transport sector, rubbished that argument.

“This idea that there’s going to be a wage spiral is nonsense because wages have been falling as a share of wealth in this country – what goes to wages and what goes to profits,” he said.

Dempsey said that now, wages only account for around 8% to 12% of unit costs.

“There was a study done by the Bank of England… about the risk of wage-induced inflation across Western economies.

“They said wages right now represent no risk or actually negative figures, so they’re part of deflationary figures because people have got less money.

In response to Kay Burley’s “general question” on whether they were losing support from the people, Dempsey said the media was just “parroting phrases handed to them.”