Led by Donkeys latest stunt might be their best yet

"The delays will not be at Dover they will be at Calais", Jacob Rees-Mogg assured voters. 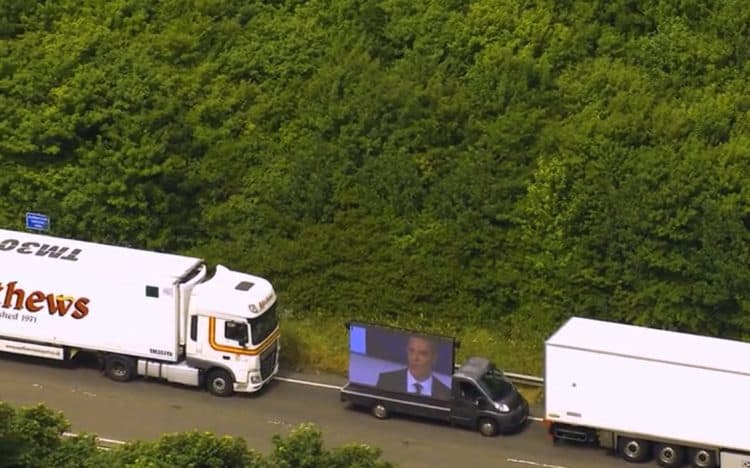 Led by Donkeys projected assurances made by MPs over checks at Dover onto a van parked in bumper-to-bumper traffic jams at the port.

Holidaymakers faced long waits to cross the Channel on the south coast this weekend, while some lorries were kept waiting up to 18 hours to get through following days of chaos.

Extra post-Brexit border checks and French authorities’ understaffing of checkpoints in Dover have been blamed for the hold-ups.

During the 2016 Brexit referendum campaign, multiple MPs made promises that such disruption would never happen, including prime minister Boris Johnson and Jacob Rees-Mogg.

They have been reminded of what they said on a projection played directly from Dover.