"Watch in disbelief! How long is the country going to accept this?" 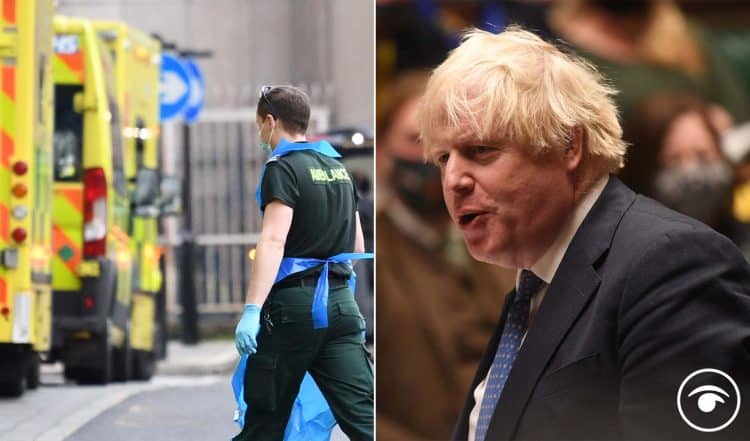 The PM was in the Commons on Wednesday for PMQs and it was a testy affair.

He was called out on his promise of 40 new hospitals the Labour leader.

Johson denied his key hospital building programme is unachievable, as Labour revealed a “playbook” has been issued to ensure refurbishments are described as new hospitals.

The Health Service Journal last month reported a Government infrastructure watchdog has raised concerns about the lack of progress made to build 40 new hospitals by 2030.

Sir Keir said: “The Cabinet Office and the Treasury have checked on the progress and it’s reported that they have reached a damning conclusion.

“They have concluded that the project needs a red flag because it is unachievable. Prime Minister, is that true?”

Mr Johnson replied: “No. He plays politics and asks frivolous questions, we are getting on with the people’s priorities.”

Well another viral video from Peter Stefanovic has slammed Johnson’s claims during PMQs and points out the lies and mistruths from the Tory leader, not only on hospitals but on a range of comments he made during PMQs.

Stefanovic told The London Economic: “Christmas parties were BANNED by the Government on 18 December 2020 If a party took place at No 10 it prima facie broke the rules The burden is now on the Prime Minister to explain in what way a party could possibly have “complied with the rules” Why are Journalists letting him off the hook!”

His previous video has been viewed over 40 million times, and it won’t be long before it hits 50 million views, a huge milestone.