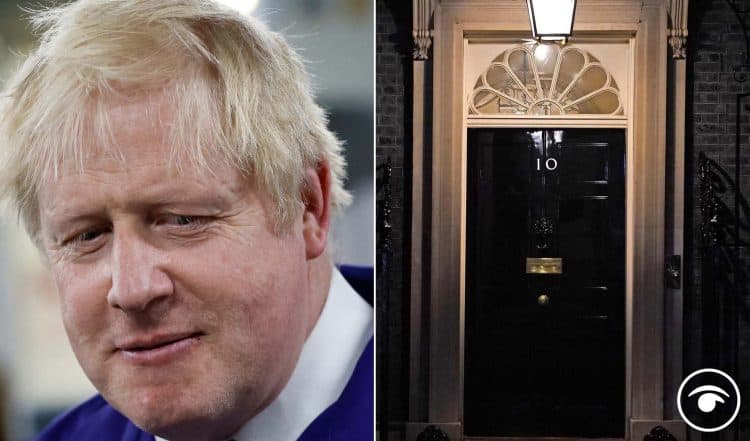 Boris Johnson is having to consider a reshape of his inner circle after four key advisers resigned, leaving the Prime Minister further isolated as he battles to stay in No 10.

Ministers tried to argue the exodus was part of Mr Johnson “taking charge” as he faces a potential leadership challenge amid allegations of rule-breaking parties in Downing Street.

It is hard not to conclude that the PM has totally lost control of his staff and the government.

Long-term ally to Mr Johnson Munira Mirza quit as the director of that policy unit in anger over his use of a “scurrilous” Jimmy Savile smear against Labour leader Sir Keir Starmer.

With this in the forefront of everyone’s minds, a 30 second Newsnight clip nails the chaos behind the scenes at Downing Street as they hemorrhage staff.

The clip lists staff members who have left in the last year.

The presenter says: “Consider over the last year Dominic Cummings and Lee Cain from the Vote Leave faction have gone. Eddy Lister one of the PM’s principal and long-standing aids from City Hall, widely called a ‘grown up’, gone.

Not a good look is it?

Related: Voters in uncontested Southend West election spoil ballot papers with messages such as ‘Boris, do a Brexit – get out’