“They will not even question me, they will just kill me.” 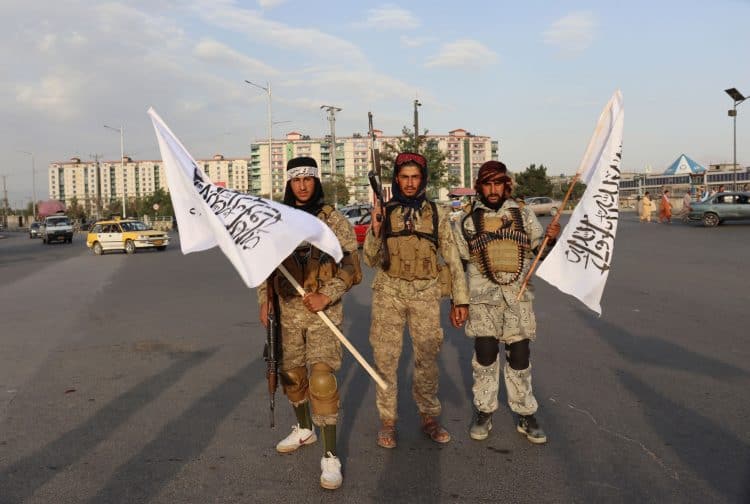 An Afghan interpreter ‘Said’ who is currently hiding from the Taliban after being beaten at Kabul airport was on today’s GMB show and joined live from Afghanistan, but for his security was unidentifiable.

He began: “It’s hard for me to live because they are searching for individuals house by house, they are searching for the people who are working for the foreign soldiers… I keep relocating myself from one place to another place… I have lost my house, I don’t have any shelter to live in. Me and my wife keep relocating ourselves, and my family as well.”

On what is happening as part of the Taliban’s searches, he explained: “They are searching for people who are working for the foreign government – the British Embassy, the US Embassy… They occupied my house, they took my house for them, they stay there now.

“They are taking those people that work for foreign people and after an investigation they are going to kill them.”

Commenting on the Taliban’s promise that they will let people leave Afghanistan if they want to, he contradicted: “It’s completely not true. You must have heard from the news that they keep searching for people. If they promised that they would not take revenge then why are they searching for those people?

“They’re trying to get rid of them. If they say they are providing safe passage for those people who will want to leave Afghanistan, it’s not true. If it’s true, then why couldn’t I make it to the flight to the UK?

‘Said’ spoke about how they know he is an interpreter and so “they will not even question me, they will just kill me.”

He continued: “The day before yesterday, I had just changed my shelter and I was there maybe until about 11:30pm and they were patrolling, and they knocked on the door. Me and my wife, we skipped back over the wall in the backyard. I’m running all the nights with my wife to find a place… and since ten days or maybe more, I’ve never seen the outside in daylight – I didn’t see the roads, I didn’t see the shops because I am afraid of these people and that they are looking for me… They’re playing tricks from social media, from contacts, from evidence that they have…”

On his plan to get to the border to cross into a different country, he added: “I’m living with that hope, but I haven’t heard anything from the UK government. I think they’re envisioning that we have a very calm situation here, but it is not true. We are really in a rush, we are running every day, every night. It’s an emergency situation for us, but maybe for the UK government it isn’t an emergency situation… We’re running to survive so that these people will help us.”

And on what he would like the UK government to do, he continued: “I know they are not going to comment or take any decisions on any individuals… but I’ve just lost connection with one of my friends [a fellow interpreter], I don’t know what happened to him, with his wife, with his children?

“All I want to say to British officials is that they have to take seriously the situation that we are facing right now. You are hearing from me, I am in this situation and it is horrible. Maybe there are more interpreters out there who are in more horrible situations like this.

“I am living in this situation right now and I am thinking about where to go at night time? Nobody is going to let me be in their property forever, because they are feeling in danger because of me. And so I am just asking the British government, they have to make a decision soon before it’s too late.”

And on the work he did for the UK in Afghanistan, he concluded: “I worked for the British Embassy and I worked for the British Council’s patrolling forces. I worked very honestly for them… We were assured that the UK government is a powerful government and they would never let us down… We never thought that we would be in this situation, but now it is and it’s kind of disappointing that we are left in this situation by such a powerful government.”

'I have lost my house, I don't have any shelter'

‘Said’ – An Afghan interpreter who worked for the British Embassy in Kabul for 2 years, faces persecution after being left behind in Afghanistan. He is currently in hiding with his wife. pic.twitter.com/eaxqCXtegJ

'Said' has the paperwork from the MOD to be allowed to relocate to the UK but he was unable to get to the airport in time.

'Said' says the Taliban are lying about giving safe passage to those wanting to leave the country. pic.twitter.com/Bpt1xkFcXe

'Said' pleads with the British Government to 'make a decision before it's too late.'

He says he knows other interpreters in the same situation as him and he has lost contact with one of his friends who is in hiding with his family. pic.twitter.com/TEQeFeOKNc