Officers caught the Lamborghini Aventador being driven in "an anti-social manner" on the A1 in the early hours of Monday morning. 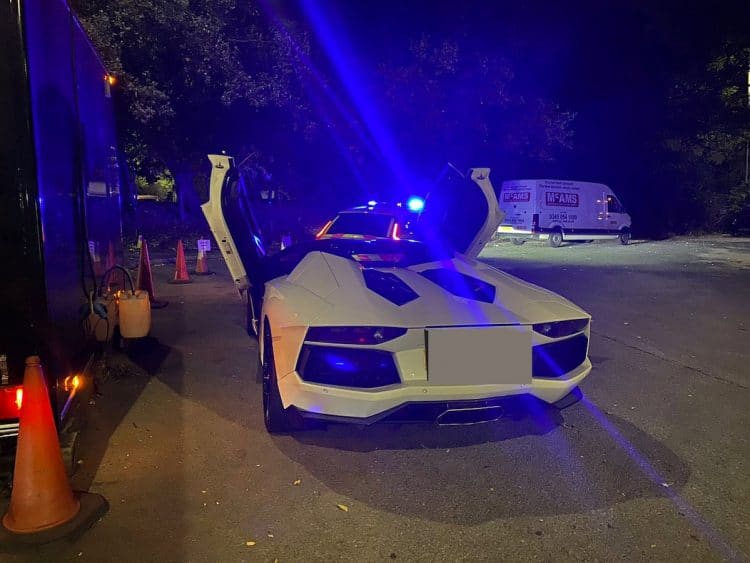 The driver of a £400,000 Lamborghini ended up “walking home in tears” after the flash supercar was seized by police.

Cops stopped the expensive motor as it was heading to a car meet in South Mimms, Hertfordshire on Bank Holiday Monday.

Police said the driver decided not to tax the yellow sports vehicle because it was “too expensive”.

Officers caught the Lamborghini Aventador being driven in “an anti-social manner” on the A1 in the early hours of Monday morning.

Bedfordshire, Hertfordshire and Cambridgeshire (BCH) Road Policing Unit said the Italian-made car was stopped because the driver had already been warned twice about causing “alarm, distress or annoyance to members of the public”.

A picture of the seized vehicle posted on social media by police showed the car’s two scissor doors pointing upwards.

A spokesman for the BCH Road Policing Unit said: “Vehicle was already subject to 2 x S59 warnings [likely to cause alarm, distress or annoyance to members of the public], but the driver decided to drive in an anti-social manner en route to a car meet.

“Seized under S60 and it’s also untaxed as it’s too expensive…driver walking home in tears.”