Steve Bray also wasn't too complimentary about two outgoing ministers, Priti Patel and Nadine Dorries as he restarted his protests. 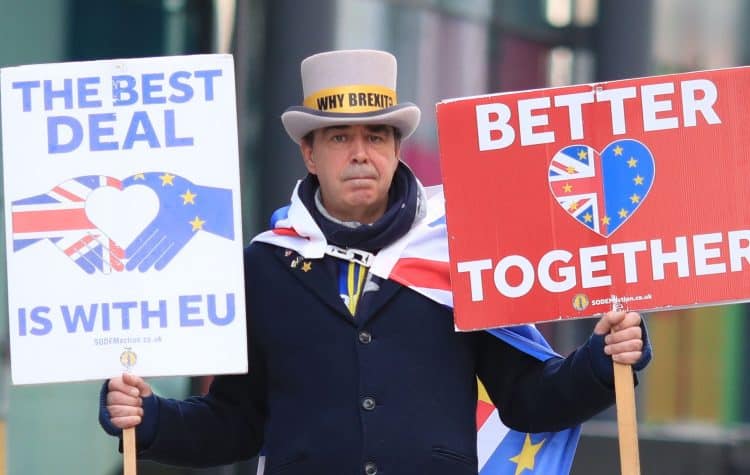 MPs are back in parliament and so is anti-Brexit campaigner Steve Bray.

Before the summer recess, he vowed to protest ‘twice as loud’ after police seized his amplifiers.

At the time Mr Bray told the PA news agency: “I’ve got more amps on order and I’m going to link four amps together – not this week, maybe next week – and it’ll be twice as loud as it was here to compensate for the move to the corner.

“In fact, I’m going to wire eight together.”

And he was true to his word, as he followed Dominic Raab with a sign behind him that alluded, not very subtly, to “Tory bulls**t.’

Bray got sent packing from the gates of Downing Street by police, so took his protests to the Foreign Office.

He wasn’t too complimentary about two outgoing ministers, Priti Patel and Nadine Dorries.