The Coldstream Guard is shown marching over the child in footage shared on social media. 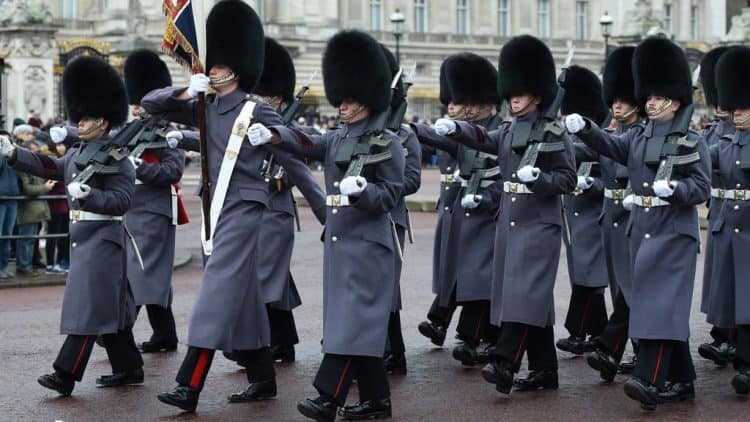 A soldier has been filmed apparently stepping on a child’s foot during a patrol march at the Tower of London.

The soldier, a Coldstream Guard – a division with a ceremonial role of providing protection for royal palaces – is filmed marching before a child appears to step out in front of him.

The child appears to be knocked to the ground, with the soldier seeming to tread on his foot, and the guard continues marching after the incident.

In the video circulating on social media, a cry can be heard before the guard collides with the child.

An Army spokesperson said: “We are aware of an incident at the Tower of London earlier today during a routine patrol.”

They added that the Guardsmen on duty had “warned members of the public that a patrol was approaching, but the child unfortunately ran out in front of the soldier unexpectedly”.

“The soldier tried to step over the child and continued on his duty,” the spokesperson added.

“Following the incident, the soldier checked on the child and was reassured that all was well.”

A spokesperson from the Tower of London said: “We are aware of this incident and were sorry to see this.

“The guard at the Tower do take care to warn the public when they’re moving, and this was an unfortunate accident. Our staff and the soldier checked in on the family afterwards, and were reassured that all was well.”