Naturally, he took the opportunity to say that it shows how accusations against him and Prince Andrew are wrong. 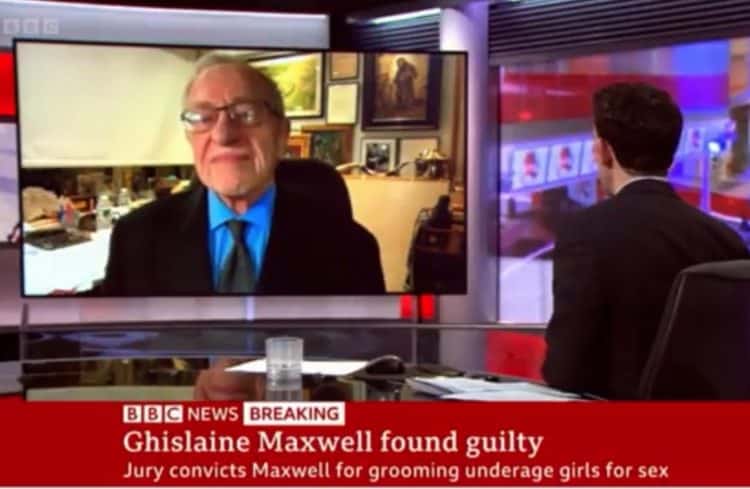 Several people have taken to social media to voice their shock over the BBC’s choice of interviewee following the Ghislaine Maxwell verdict.

The jury heard how she helped entice vulnerable teenagers to Epstein’s various properties for him to sexually abuse between 1994 and 2004.

The defendant also asked one of her accusers to undress for a massage and left her “frozen” after rubbing her breasts.

But it was the BBC’s choice of interviewee that had many people talking following the verdict.

The public broadcaster invited Alan Dershowitz to discuss the decision, who was a member of the legal defence team for Jeffrey Epstein and helped to negotiate a non-prosecution agreement on his behalf in 2006.

He was later accused of rape by one of Epstein’s underage victims in a sworn affidavit and in the Netflix documentary, Jeffrey Epstein: Filthy Rich.

Needless to say, the reaction was pretty fierce on social media: