In footage circulating online, police can be seen battering a protestor with riot shields - while another shocking video appears to show a police officer punching a female protestor in the face. 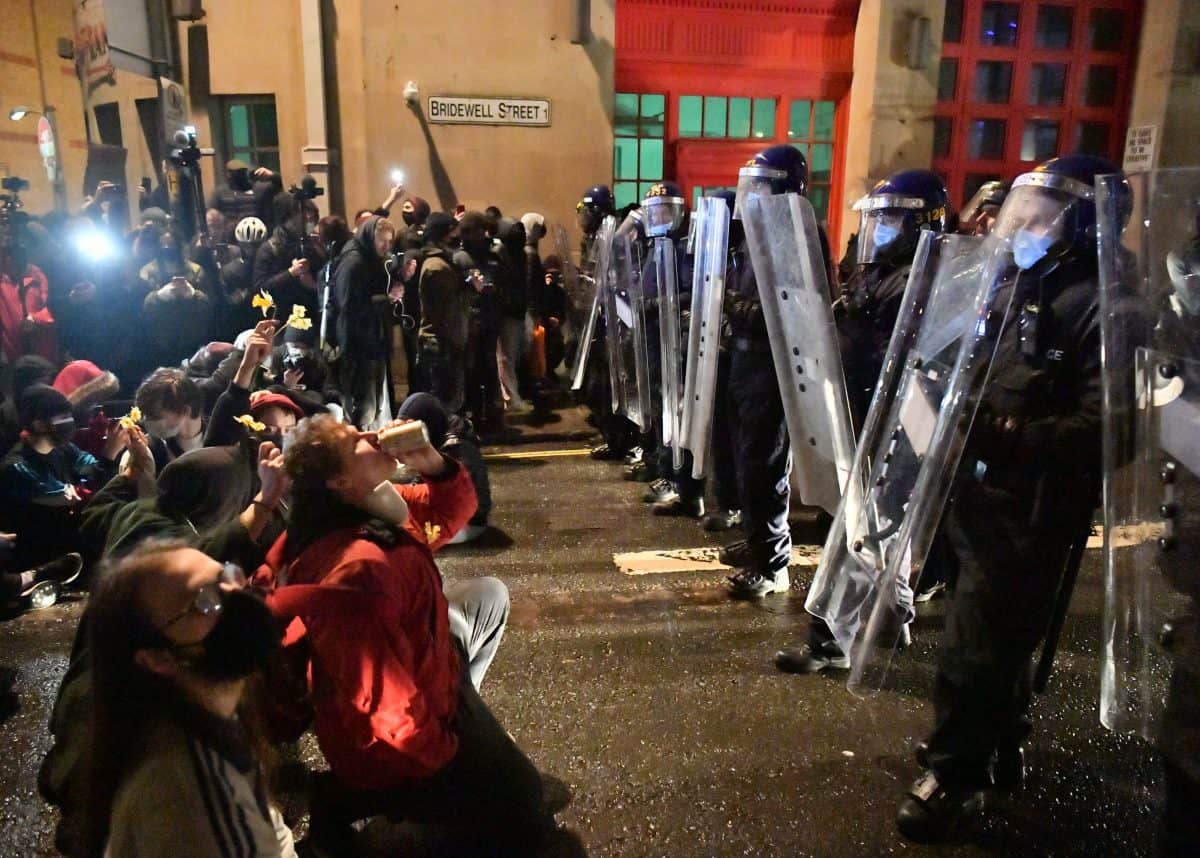 Boris Johnson has said violence towards police during another protest in Bristol was “disgraceful” – and officers say they are concerned more disorder could follow.

While Johnson – and Priti Patel, the home secretary – have blamed the violent scenes in Bristol on “a mob intent on violence”, reports from demonstrators and journalists on the ground suggest that the police were, at best, heavy-handed and, at worst, violent, towards protestors.

Daily Mirror journalist Matthew Dresch shared video footage of police apparently hitting him with a baton, even as he shouted that he was a member of the press – while other citizen journalists, including reporters from the Bristol Cable, reported being on the receiving end of police aggression.

“Police assaulted me at the Bristol protest even though I told them I was from the press. I was respectfully observing what was happening and posed no threat to any of the officers,” Dresch said.

In footage circulating online, police can be seen battering a protestor with riot shields – while another shocking video appears to show a police officer punching a female protestor in the face.

We’ve collated some of the footage circulating on social media, which you can see here.

Police assaulted me at the Bristol protest even though I told them I was from the press. I was respectfully observing what was happening and posed no threat to any of the officers. I have muted the latter part of the video to spare you all the pain of hearing my shrill voice. pic.twitter.com/a7a0Nnw0bG

Cops in a Bristol now chopping at protesters on the floor with their riot shields . Disgrace. #bristol #BristolProtest #killthebill pic.twitter.com/q2OIWqr1HB

A protestor is lying on the ground, covering their head with their arm.

A police officer tries to pull them to their feet. They fall to the ground again so the officer starts to beat them with a baton.

How is this acceptable? pic.twitter.com/7lwQUnSVWB

An officer in Bristol either punches or hits a baton across the face of a woman.

One person there told me it was the most brutal they’d ever seen the police. If politicians, media & civil society can’t reject this we have major problems. pic.twitter.com/9mK7vcsZ3g