"The police and the city have my full support," the prime minister tweeted. 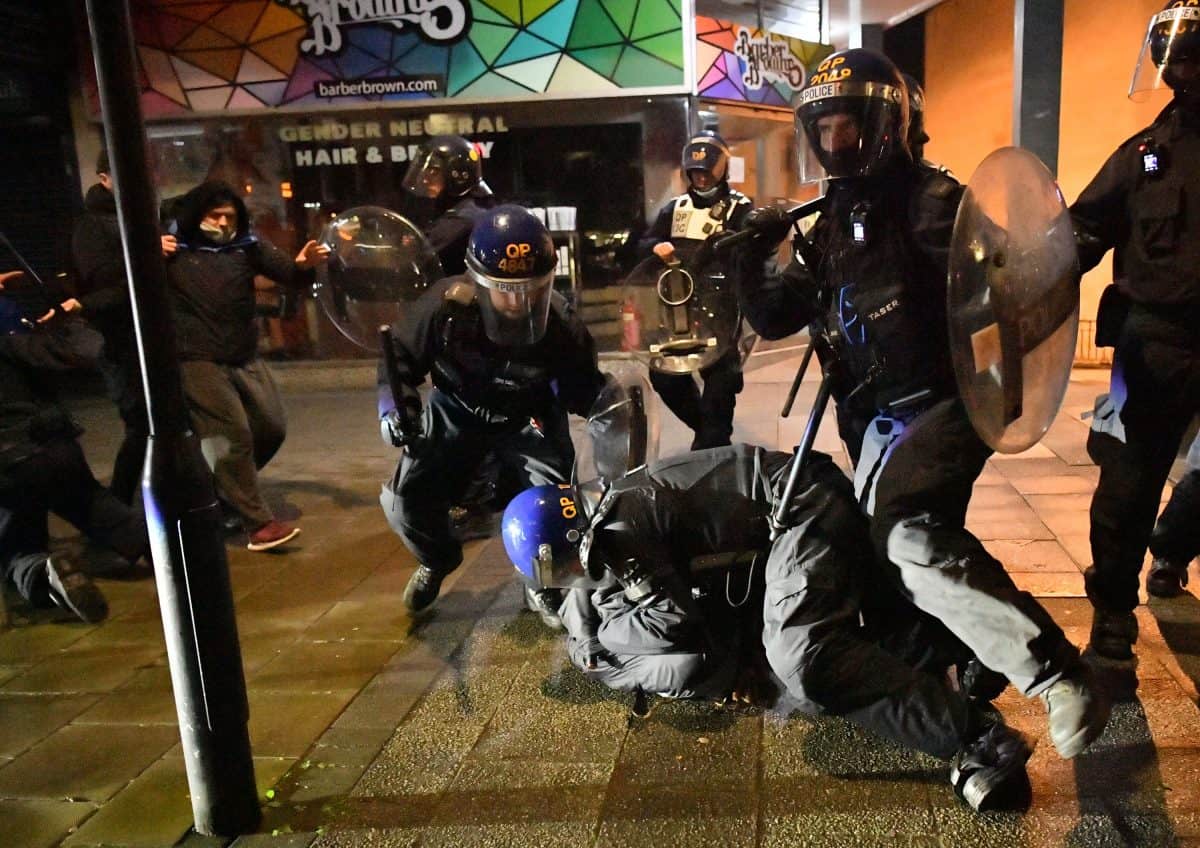 Boris Johnson said violence towards police during another protest in Bristol was “disgraceful”, as officers say they are concerned more disorder could follow.

Writing on social media, the prime minister said that the police and the city had his full support following further clashes at the third Kill the Bill demonstration in Bristol on Friday.

He tweeted: “Last night saw disgraceful attacks against police officers in Bristol. Our officers should not have to face having bricks, bottles and fireworks being thrown at them by a mob intent on violence and causing damage to property. The police and the city have my full support.”

She added: “I am disgusted by the disorder in Bristol and the violence being directed towards the police.

“I’m in no doubt the silent, law-abiding majority will be appalled by the actions of this criminal minority.

“Despite repeated warnings to disperse, it’s clear these thugs were only intent on causing trouble.”

Her comments come after 10 arrests were made following what police called unacceptable “violent conduct” at the protest.

Some 300 people initially joined a protest march through the city centre against the Government’s new Police, Crime, Sentencing and Courts Bill on Friday night, before the crowd swelled to more than 1,000 as tempers flared.

Police officers wearing helmets and holding shields moved towards the protesters after 10pm, after calling for the crowd to disperse due to Covid restrictions.

Avon and Somerset Police said glass bottles, bricks and eggs were thrown at officers and fireworks were launched at its mounted division, with one horse being daubed with paint.

Superintendent Mark Runacres told BBC Breakfast on Saturday that the force was preparing for more protests over the next few days.

He said that changes in legislation on Monday will allow the force to engage more effectively with protest organisers.

When asked if there was any intelligence this kind of disorder could erupt again, Runacres added: “It is a concern for us, it is something that we are preparing for.

“From Monday, changes in the legislation will allow us, hopefully, to engage effectively with protest organisers, which is what we have always done previously prior to the legislation changes around the Covid regulations stopping that happening.”

Three of those arrested were also detained in connection with last Sunday’s first march, which was followed by another violent demonstration on Tuesday night.

A large police presence was on hand during the demonstration, with horses and dogs used to help move the crowd back.

Prior to the arrests, protesters had been spotted dancing to music despite heavy rain, handing out flowers and chanting slogans such as “Who do you protect?” and “Justice for Sarah”, in reference to the death of Sarah Everard.

Serving police officer Wayne Couzens, 48, from Deal, Kent, has been charged with her murder.

Rows of officers and vans blocked the protesters from Bridewell police station, the scene of last Sunday’s violence.

The proposed Police, Crime, Sentencing and Courts Bill would give police in England and Wales more power to impose conditions on non-violent protests, including those deemed too noisy or a nuisance, with those convicted liable to fines or jail terms.

The first demonstration last Sunday began peacefully with around 3,000 attending, but descended into a riot when some 500 people marched on Bridewell police station.

Twelve people have been arrested in connection with that protest, in which officers were attacked, police vehicles were set on fire and the windows of a police station smashed.