The former SNP leader confirmed he will be standing for the Alba Party on the North East regional list section in May’s Scottish Parliament election. 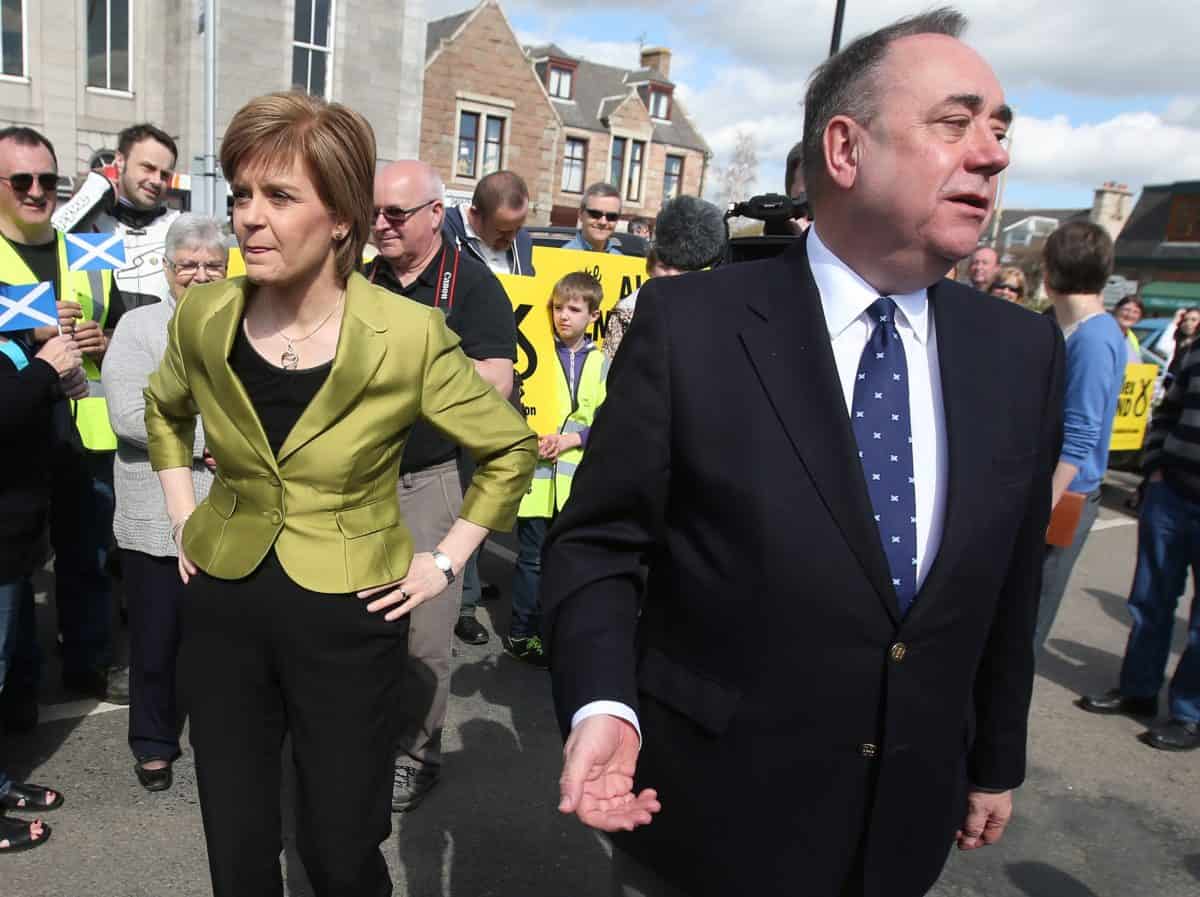 First Minister Nicola Sturgeon with Alex Salmond whilst on the General Election campaign trail in Inverurie in the Gordon constituency.

There are “significant questions” about Alex Salmond’s return to politics, Nicola Sturgeon has said.

The former SNP leader confirmed he will be standing for the Alba Party on the North East regional list section in May’s Scottish Parliament election.

Launching the new party in an online event on Friday, the former SNP leader said: “Today Alba are hoisting a flag in the wind, planting our Saltire on a hill. In the next few weeks we will see how many will rally to our standard.”

The launch comes after a turbulent period for the SNP and the Scottish Government, led by Salmond’s successor Sturgeon.

She tweeted: “These are serious times, and the country needs serious leadership. For a steady hand to steer us through crisis, a bold policy platform to kickstart recovery and the chance to choose independence when the crisis has passed, make it #BothVotesSNP”

She told Radio Clyde News: “There are significant questions about the appropriateness of his return to public office.”

Salmond said his party would be carrying a “positive” campaign and urged voters to back the SNP or another pro-independence party in the constituency seats.

The Alba Party will only be standing candidates in the regional lists in an attempt to boost separatist numbers in Holyrood.

He said: “I don’t think he should be seeking election to the Scottish Parliament, given the behaviour he himself has admitted, the appalling behaviour against women who worked with him when he was first minister of Scotland.

“I think that makes him unfit to hold public office again.”

Scottish Labour leader Anas Sarwar said the upcoming election should be fought on the basis of tackling issues like poverty and recovery from coronavirus.

He added: “The idea that our politics gets focused instead on this psychodrama infighting by the SNP, gets taken over by big egos, is just not credible.”

Mick Lynch owns the media during morning round