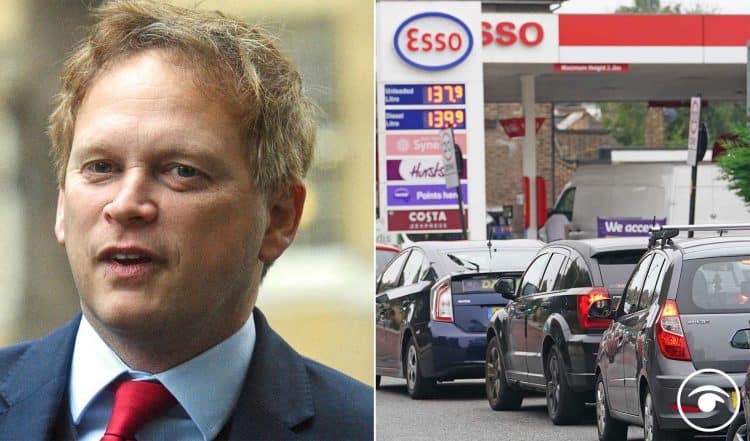 The Transport Secretary has defended his foreign visa plans to solve the HGV driver shortage as he accused a haulage group of sparking petrol station queues.

Mr Shapps admitted he had done something he “didn’t necessarily want to do” in allowing foreign workers to fill the workforce gaps, having only on Friday rallied against the idea of temporary visas.

Speaking to Sky News’ Trevor Phillips On Sunday programme, Mr Shapps said: “We need to ensure that people are reassured now that this rather manufactured situation has been created, because there’s enough petrol in the country.”

Asked who manufactured the situation, he said: “There was a meeting which took place about 10 days ago, a private meeting in which one of the haulage associations decided to leak the details to media, and that has created, as we have seen, quite a large degree of concern as people naturally react to those things.”

He later told BBC One’s The Andrew Marr Show the briefings were “irresponsible”.

The Cabinet minister called for the public to be “sensible” and only fill up their cars when needed as there is “plenty of fuel” available.

Although Mr Shapps did not name the RHA in his broadcast round on Sunday, the Mail on Sunday quoted a Government source stating the Road Haulage Association was “entirely responsible for this panic and chaos”.

But Rod McKenzie, of the RHA, told the BBC: “This is absolute nonsense, I’m not the source of the leak.”

Caroline Lucas wrote: “Grant Shapps in La La Land – everything’s fine, none of this is the Government’s fault and definitely definitely nothing to do with #Brexit – obvs #Marr“