"Thank you so much. This really improves railway services in the Liverpool city region. Starting to feel fully levelled up now," one person said. 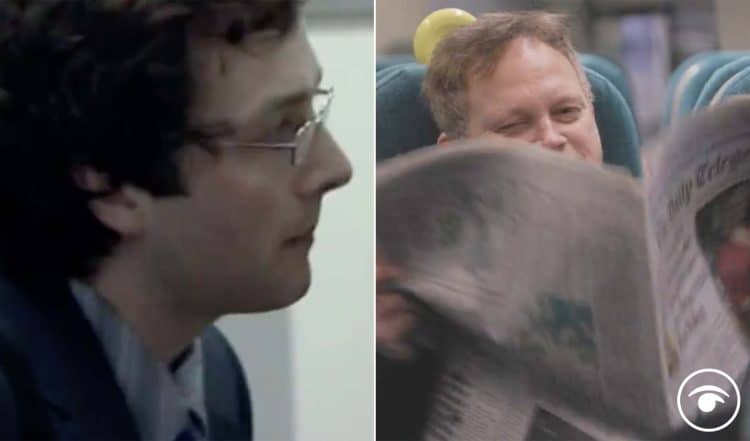 I used to pinch myself every day to make sure that I wasn’t in a dream (well, nightmare) and the government was actually doing what they were doing in the real world.

Lately, I have started punching myself, that’s how ridiculous the UK is becoming. It really hurts!

So this video of Grant Shapps on a train, like a creepy drunk leering over his paper (The Torygraph, naturally) on his train back to the Home Counties from Waterloo will leave you shaking your head and send a shiver down your spine.

Shapps, or Micheal Green as he is known on some dark corners of the internet, tells the viewer: “put unwanted newspapers in the bin…’ This is one example of the announcements that we’re getting rid of, making the passenger experience better and delivering on the Williams-Shapps.”

The video followed an announcement that the Government wants to scrap “banal” messages which the Department for Transport said “add unnecessary noise and disruption to journeys”.

It was quickly spotted that it is almost exactly the same idea as this clip from The Thick of it, as Adan Bienkov pointed out.

This is beyond parody, deep into the seventh dimension of cringe, a new frontier Shapps is welcome to explore, a one-way mission, we can only hope.

Other people were quite frankly baffled by the announcement…