Ukrainian president Volodymyr Zelensky cited Pearl Harbour and the terror attacks of September 11 2001 as he appealed to the US Congress to do more to help Ukraine’s fight. 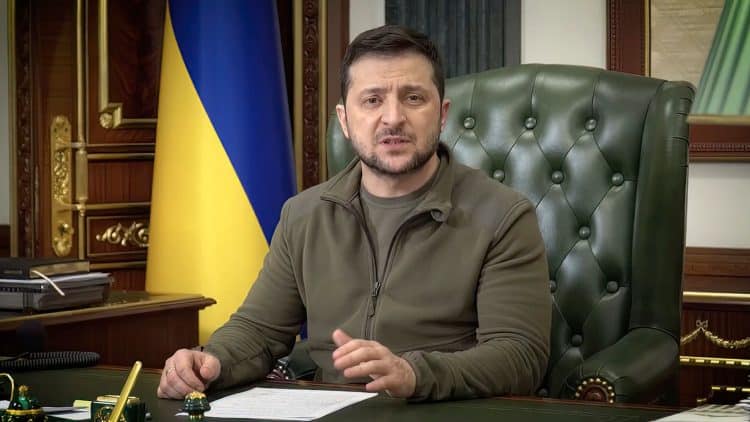 Russian forces have shot and killed 10 people queuing for bread in the northern city of Chernihiv, the US embassy in Kyiv says. In a shocking escalation of violence in an already bloody conflict.

“Such horrific attacks must stop,” the embassy said.

“We are considering all available options to ensure accountability for any atrocity crimes in Ukraine.”

The embassy did not cite what evidence it had of the attack in a statement posted on its official Twitter and Facebook pages.

We need you now

Ukrainian president Volodymyr Zelensky cited Pearl Harbour and the terror attacks of September 11 2001 on Wednesday as he appealed to the US Congress to do more to help Ukraine’s fight against Russia.

Livestreamed into the Capitol complex, Zelensky said the US must sanction Russian lawmakers and block imports, and he showed a packed auditorium of US lawmakers an emotional video of the destruction and devastation in his country has suffered in the war.

“We need you right now,” Zelenskyy said, adding, “I call on you to do more.”

In calling for more economic hit to the Russians, he said: “Peace is more important than income.”

Lawmakers gave him a standing ovation, before and after his remarks.

Nearing the three-week mark in an ever-escalating war, Zelensky has used his campaign to implore allied leaders to “close the sky” to prevent the Russian airstrikes that are devastating his country.

It has also put Zelensky at odds with President Joe Biden, whose administration has stopped short of providing a no-fly zone or the transfer of military jets from neighbouring Poland as the US seeks to avoid a direct confrontation with Russia.