This chilling interview in which LBC’s James O’Brien speaks to journalist Mike Hind who has been investigating thousands of accounts flooding Twitter with right-wing, anti-immigrant, pro-Brexit and pro-Trump propaganda is truly eye-opening.   There are 63,000 accounts with names followed by eight digits like @DavidJo52951945 – outed this week in the Times for having Russian […] 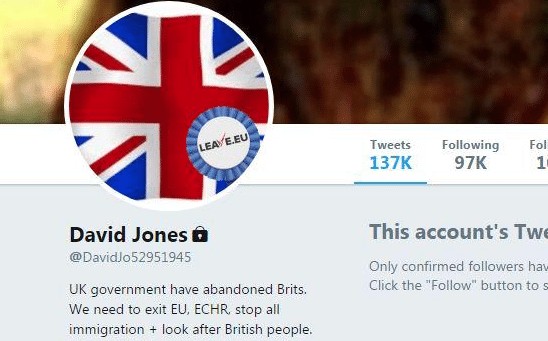 This chilling interview in which LBC’s James O’Brien speaks to journalist Mike Hind who has been investigating thousands of accounts flooding Twitter with right-wing, anti-immigrant, pro-Brexit and pro-Trump propaganda is truly eye-opening. 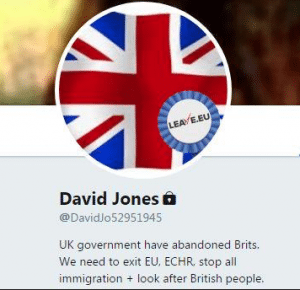 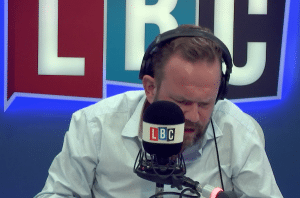 There are 63,000 accounts with names followed by eight digits like @DavidJo52951945 – outed this week in the Times for having Russian links. The tweets of the self-styled “passionate Brexit supporter” with a Union Flag profile picture, over 100,000 followers on Twitter tend to support Brexit, Ukip, anti-Islam stories, Donald Trump, Syrian leader Assad, conspiracy theories and Russia.

The account retweeted, was retweeted by and interacted with far-right figures including Ukip spokesman John Bickley, Ukip MEP Margot Parker and English Defence League founder Tommy Robinson, including echoing his calls for people to “wake up” about Muslims after the recent Barcelona outrage.

James O’Brien quizzed investigator Mike Hind about what may be behind the many immigrant-bashing, pro-Brexit and Trump  accounts with mysterious eight digits after their names, many of which try to shut down the left-wing radio presenter on social media, and their mysterious presence on social media during Russian office hours.

Hind describes how multiple social media accounts are used for “astroturfing” – to create the impression of a false social consensus,” – both from Russia and from closer to home.

A St Petersburg “Troll Factory’ where Russian operatives open many fake social media accounts in different languages to spread Russia propaganda has been revealed in reports by whistleblowers.

Research this year by the University of Southern California and Indiana University discovered that up to 15 percent of Twitter’s 320 million monthly active users aren’t actually people, so nearly 48 million users could be bots.

While some bots perform useful services such as news alerts, the study also warned: “there is a growing record of malicious applications of social bots. Some emulate human behavior to manufacture fake grassroots political support… [and] promote terrorist propaganda and recruitment.” 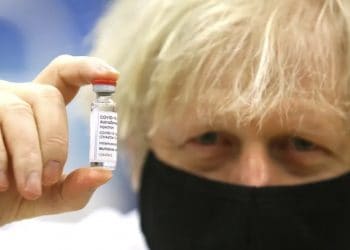