This week’s Cycling Weekly caused controversy when an editorial error saw a text holder (A caption to accompany an image which is updated before the publication goes to press) read ‘Token Attractive Woman’. Twitter user Carlos Fandango who noticed the mistake published the image on Twitter: https://twitter.com/Chapeau_Velo/status/903333298361032704 Upon the issue being flagged to them, Cycling […]

by Grant Bailey
in News 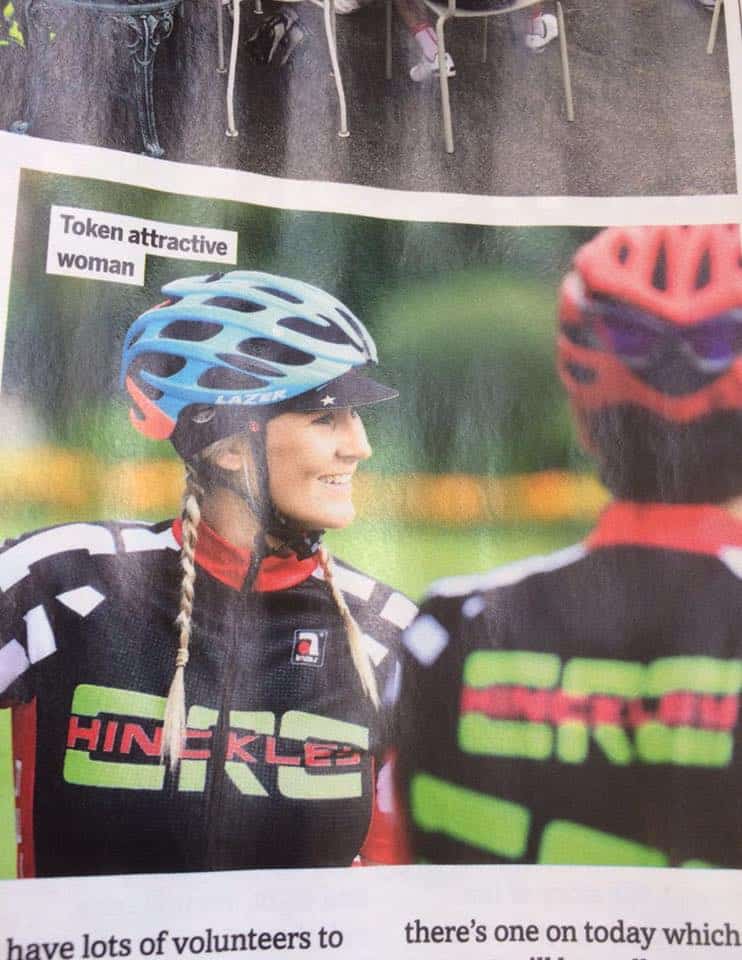 This week’s Cycling Weekly caused controversy when an editorial error saw a text holder (A caption to accompany an image which is updated before the publication goes to press) read ‘Token Attractive Woman’.

Upon the issue being flagged to them, Cycling Weekly issued an apology on their official Twitter account.

“Unfortunately during the magazine’s production process a member of the sub-editing team decided to write an idiotic caption on a photo of one of the female members of the club.

“The caption is neither funny nor representative of the way we feel or approach our work.

“We would like to apologies unreservedly to the rider in the photograph. This appalling lack of judgement by an individual is just that, and not a reflection of the culture in the CW office.”

It is unclear whether the comment was written by a male or female employee or whether the intention was a protest by someone on the editorial team about the types of images they use or blatant objectification.

Female representation in magazine does not come close to reflecting what I see out on the roads. Maybe that's why women don't read it much!

So who @cyclingweekly thought this was ok to casually use in mockups? Printing was a fuckup, but placement was culture. https://t.co/ESfp2JWHSj

More concerned by fact that week after week you produce magazine that gives impression male cyclists are the norm, female are an aberration👎

However some users did suggest that whilst the mistake was stupid it shouldn’t come at the cost of anyone’s livelihood.

Yeah, it was stupid, but the people calling for other people to be sacked are idiots. Twitter always on the hunt for maximum outrage/blood.