From the newsletter: War in Ukraine is only in its its sixth day, but the world as we knew it is gone. 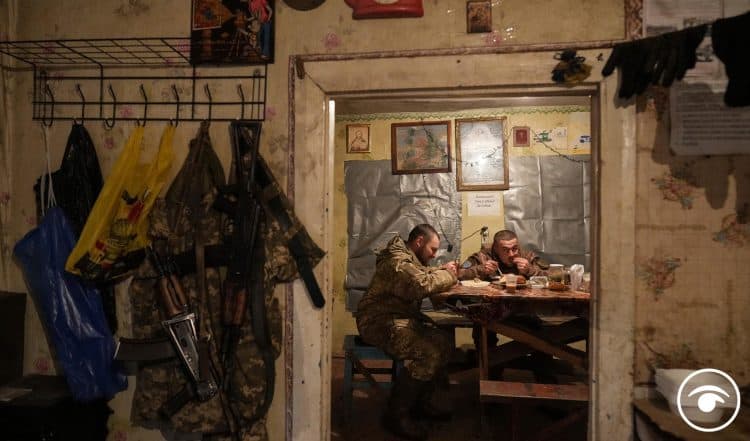 Good morning. It is the sixth day of war in Ukraine. As I write, air raid sirens are sounding in the western cities of Ternopil, Vinnystia and Rivne and the central cities of Cherkasy and Kropyvnytskyi. Satellite imagery shows a 40-mile-long Russian military convoy – hundreds of armoured vehicles, tanks, artillery, troops – nearing the outskirts of Kyiv. The battle for that battered, bruised and as yet unbowed city seems poised to intensify.

I’ll admit to having dreaded writing this newsletter. The enormity of what is happening to our world feels impossible to distill into a 600-word article. Shells and cluster bombs are raining down on civilians in Kharkiv; rockets have been filmed smashing into residential buildings; Amnesty International says there is cause to believe war crimes have been committed. Manufacturing a ‘take’ or an ‘angle’ on such undiluted human suffering from the comfort of my south London flat feels futile at best, callous at worst.

So this is what appears to be happening. We know that, yesterday, Emmanuel Macron phoned Vladimir Putin to demand an end to the invasion. He told the Russian leader to stop all strikes against civilians, preserve civilian infrastructure and provide safe access to key roads south of Kyiv. The Elysée said Putin “confirmed his willingness to pursue these three points” – although evidence on the ground suggests otherwise.

We know that Ukrainian and Russian negotiators held talks near the Belarus border yesterday, but they failed to yield any significant breakthrough. An aide to Ukraine’s President Volodymyr Zelensky said the delegations would return to their respective capitals to consult. “The talks are difficult… The Russians unfortunately still have an extremely biased view of the destructive processes they have unleashed,” he said. The Kremlin, for its, part, said: “The most important thing is that we agreed to continue negotiating.”

We know that roughly 75 per cent of the Russian combat forces that Putin had assembled on Ukraine’s borders have moved into the country, although their advance seems to have slowed. And we know that Putin has put Russia’s nuclear deterrent on high alert, after the West – the “empire of lies”, in his words – imposed brutal sanctions that transformed the rouble into rubble on Monday.

As long-time readers are all too aware, I am no military strategist; what good is it me seeking to analyse shrapnel, weaponry and siege positions? I am not an expert in the tangled fronds of global finance; what insight can I give into how sanctions might hurt Moscow? I am not a doyen of modern geopolitics; what can I tell you about ‘the West remade’ or ‘Europe united’? I am, essentially, a columnist. And while that is apparently no barrier to assuming great power and responsibility these days, it feels inadequate for writing about war.

What I can give you is an honest appraisal of how this crisis has made me – and, I’ll wager, plenty of you – feel. It has rendered the heart heavy, and cloaked these late winter days in a thick blanket of foreboding. It has thrown together strange bedfellows: intense empathy and admiration for Ukraine’s bravery on one hand, a jittery impulse towards self-preservation on the other.

As of 24 February, we exist in a frighteningly changed world. It will take some time make sense of it. But we will. And when we do, our footing will become a little surer, and that lingering sense of dread – that fear that we’ve entered some sort of twilight – will become a little lighter.