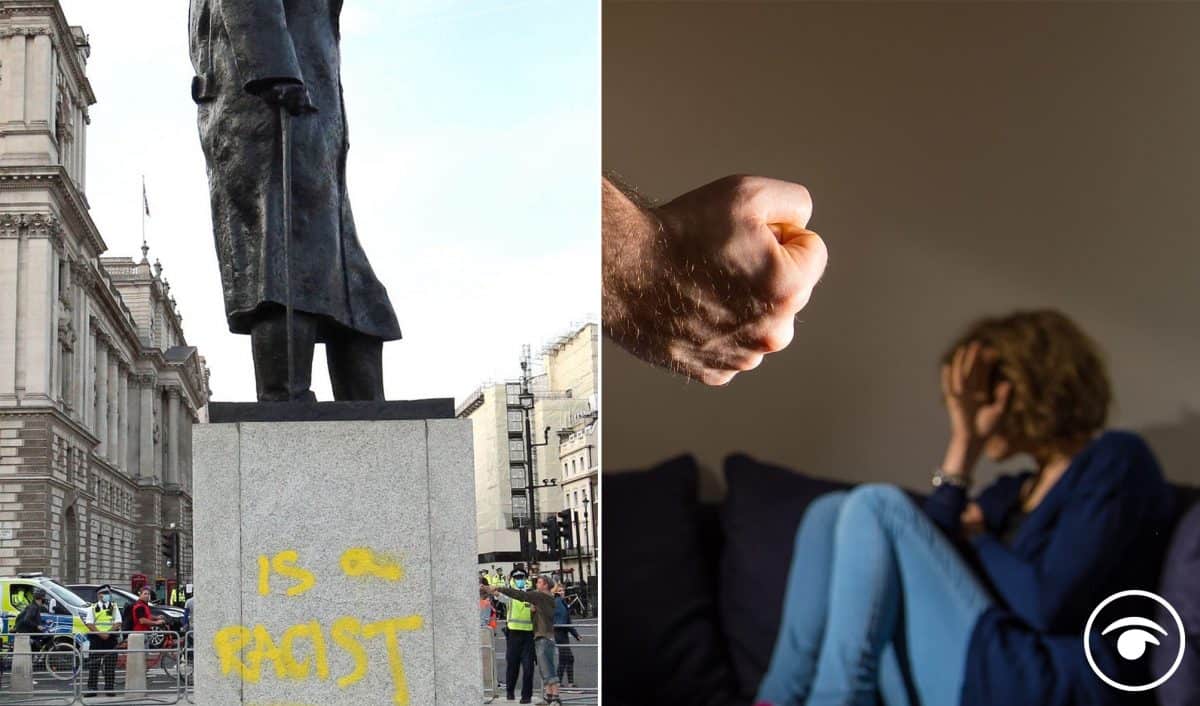 “Under this new Bill. That feels very uncomfortable – and wrong, frankly.”

Ms Whately responded: “Crimes of all type should be taken seriously and I think appropriate penalties should be put in place.

“But that is just one measure in this Bill is to increase the maximum sentence for damage to memorials. The whole set of measures in this Bill is aimed at making the country safer.

“Including stopping the early release of violent offenders – particularly of sexual offences and including sexual offenders, in fact.”

Her comments come as violent scenes which marred a “Kill the Bill” protest in Bristol that saw a police station attacked, officers injured and vehicles set alight have been widely condemned.

Whately tried to defend the new policing bill measures, but did little to appease a clearly frustrated Susanna Reid.

She also didn’t appear to have a Union Jack behind her, which might land her in trouble with her party whips later.

‘You just said the average sentence for rape is 9 years and we’re talking about the maximum sentence for damage to a memorial being greater under this new bill.’ @susannareid100 challenges Care Minister Helen Whately that feels ‘uncomfortable and wrong’. pic.twitter.com/PnlIxpdeey

Many on social media were also stunned at her comments.

Quick! Someone needs to lend Helen Whately a Big Flag before she gets into trouble #Bbc #Flagwatch

Head Girl Helen Whately tell us that we require new laws on the Right to Protest…as the current law doesn’t provide a 10year sentence for damaging a Slave Traders Statue.