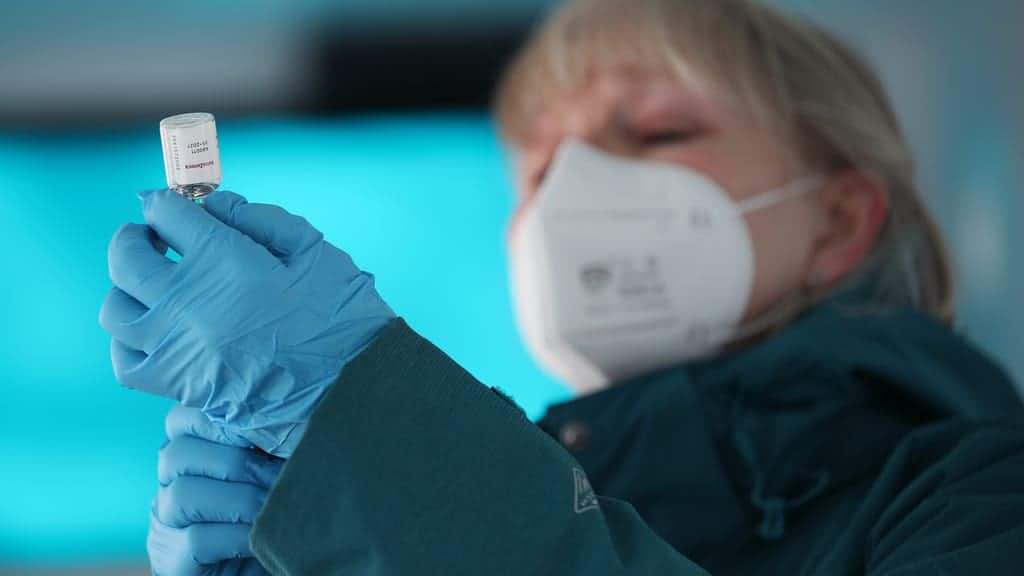 The Oxford/AstraZeneca vaccine is 79 per cent effective at preventing Covid-19 and offers 100 per cent protection against severe disease, new data from a US-led trial has shown.

The jab, which has been the subject of controversy in Europe over concerns about links to very rare blood clots, is also 100 per cent effective at keeping people out of hospital with severe illness.

Some 32,449 people across all age groups took part in the phase three trial in the US, Chile and Peru, with a total of 141 cases of symptomatic Covid-19 reported.

The results showed that among people aged 65 and over, there was 80 per cent protection against developing Covid-19.

The degree of effectiveness against symptomatic Covid-19 was even higher than observed in the Oxford-led clinical trials.

An independent data safety monitoring board (DSMB) also identified no safety concerns relating to the vaccine.

It conducted a specific review of thrombotic events, as well as cerebral venous sinus thrombosis (CVST) – the specific type of brain blood clot that has been troubling Europe.

The DSMB found no increased risk of thrombosis among the 21,583 participants receiving at least one dose of the vaccine. The specific search for CVST found no cases in this trial.

Andrew Pollard, professor of paediatric infection and immunity, and lead investigator of the Oxford University trial of the vaccine, said: “These results are great news as they show the remarkable efficacy of the vaccine in a new population and are consistent with the results from Oxford-led trials.

“We can expect strong impact against Covid-19 across all ages and for people of all different backgrounds from widespread us of the vaccine.”

Sarah Gilbert, professor of vaccinology, and co-designer of the vaccine, said the new findings “provide further confirmation of the safety and effectiveness” of the jab.

She added: “In many different countries and across age groups, the vaccine is providing a high level of protection against Covid-19 and we hope this will lead to even more widespread use of the vaccine in the global attempts to bring the pandemic to an end.”

The balance remains “hugely in favour” of using this vaccine

AstraZeneca will now submit data to the US Food and Drug Administration (FDA) and seek emergency approval for use. The US had been waiting for the latest results before considering it.

Prof Gilbert told BBC Radio 4’s Today programme: “Twenty per cent of people in this trial were over the age of 65 and there was no drop in protection for those people, it was just as good in the over-65s as it was in the younger people and that’s very clear from this trial.”

On Europe’s concerns, she added: “I’d say the balance remains hugely in favour of using this vaccine. Across Europe there are thousands of deaths a day occurring from Covid.

“It’s really important that we get the chance to protect people as quickly as possible, this vaccine is available for use in Europe and it will save lives.”

Ann Falsey, professor of medicine at the University of Rochester School of Medicine in the US, and co-lead principal investigator for the trial, said it was “exciting to see similar efficacy results in people over 65 for the first time”.

She added: “This analysis validates the AstraZeneca Covid-19 vaccine as a much-needed additional vaccination option, offering confidence that adults of all ages can benefit from protection against the virus.”

Mene Pangalos, executive vice president for biopharmaceuticals research and development at AstraZeneca, said: “These results add to the growing body of evidence that shows this vaccine is well tolerated and highly effective against all severities of Covid-19 and across all age groups.

“We are confident this vaccine can play an important role in protecting millions of people worldwide against this lethal virus.

“We are preparing to submit these findings to the US Food and Drug Administration and for the rollout of millions of doses across America should the vaccine be granted US Emergency Use Authorisation.”

The US trial saw two doses given four weeks apart, whereas previous trials have shown that an extended interval of up to 12 weeks demonstrated greater efficacy.

AstraZeneca said leaving an interval longer than four weeks – as is happening in the UK – can increase efficacy and “accelerates the number of people who can receive their first dose”.

As part of an agreement with Oxford, AstraZeneca is supplying the vaccine on a not-for-profit basis for the duration of the pandemic and in perpetuity for low and middle-income countries.

Confidence in the jab

The news comes as polling for YouGov suggests confidence in the safety of the vaccine has dropped in the last two weeks in Spain, Germany, France and Italy.

Some 55 per cent of Germans said the AstraZeneca vaccine is unsafe while 32 per cent said it is safe.

AstraZeneca’s vaccine was already seen as unsafe in France but concerns have increased even further, with 61 per cent now saying it is unsafe while 23 per cent say it is safe, according to the survey of almost 9,000 people in seven countries.

More than a dozen European countries suspended use of the vaccine over concerns about blood clots, although most have now resumed its use.

The European Medicines Agency and the World Health Organisation (WHO) have ruled that the AstraZeneca jab is safe and effective.