The PM's own guidance instructs Brits to “not travel outside your local area” for exercise. 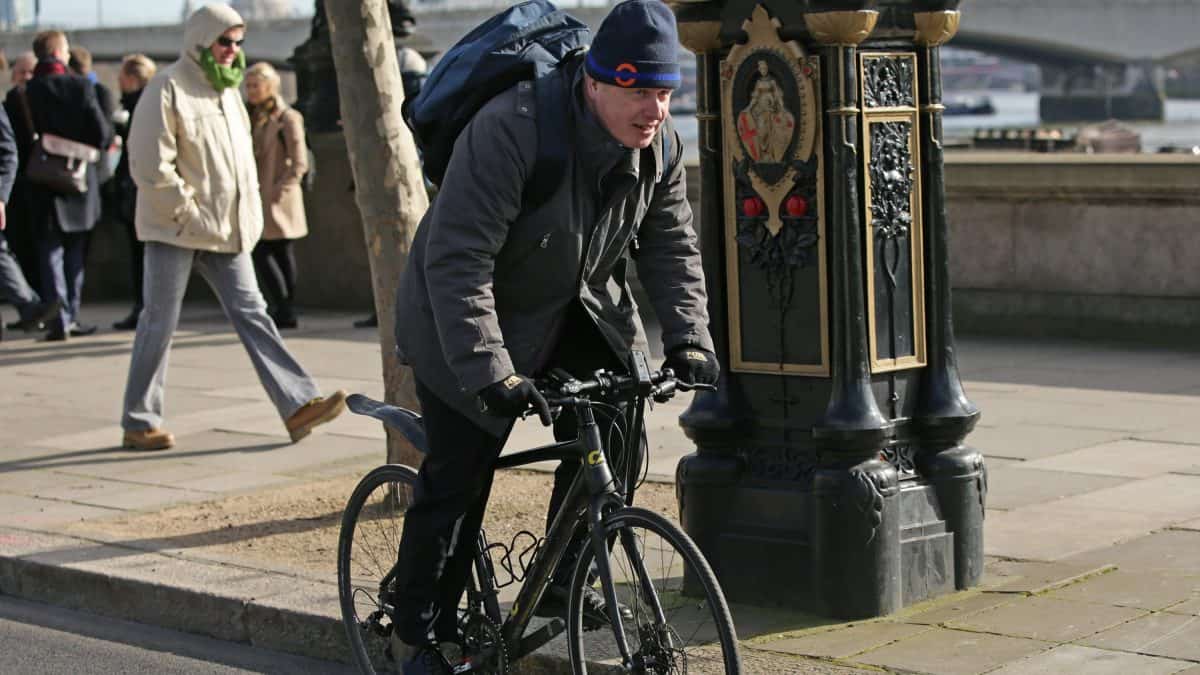 Boris Johnson was spotted cycling around the Olympic Park on Sunday – some seven miles away from his Downing Street home.

The prime minister – clad in a TfL hat and face mask – was spied cycling with his security detail in Stratford, east London, at around 2pm – despite official Government guidance instructing Brits to “not travel outside your local area”.

With the park reportedly busy with families exercising, Johnson was reportedly concerned by what he saw in the area, the Evening Standard reported.

A few hours after his cycle, the prime minister held a cabinet call to discuss whether the current lockdown in England should be tightened still further.

A source told the Standard that Johnson was exercising, adding: “But he did note how busy the park was and he commented on it at the meeting last night.

Johnson’s excursion comes as he was forced to justify travelling 100 miles from London to Bristol to visit a newly-opened vaccination centre on Monday morning.

The prime minister claimed it was “essential that I explain to the public what we are doing to roll out the mass vaccination centres”.

Johnson warned that tougher lockdown measures may be needed, as he announced that around 2.4 million vaccines for Covid-19 have now been put in people’s arms.

He stressed “now is the moment for maximum vigilance” amid increasing calls for tougher lockdown restrictions as case rates soar in several parts of the country.

During a visit to the new vaccine centre in Ashton Gate Stadium, Bristol, the prime minister said: “We’re going to keep the rules under constant review. Where we have to tighten them, we will.

“We have rules in place already which, if they are properly followed, we believe can make a huge, huge difference.

“It’s now that people need to focus… when they’re out shopping, whether they’re buying cups of coffee in the park or whatever it happens to be, they need to think about spreading the disease.”

“In supermarkets, people need to be keeping their distance, making sure that they’re wearing masks, doing the right thing.

“We need to enforce the rules in supermarkets. When people are getting takeaway drinks, in cafes, then they need to avoid spreading the disease there, avoid mingling too much.

“Now is the moment for maximum vigilance, maximum observance of the rules. Of course, if we feel that things are not being properly observed then we may have to do more.”