There's no doubt Piers Morgan has been called this word before - but a trans rights activist dropped the C-bomb during a LIVE interview. 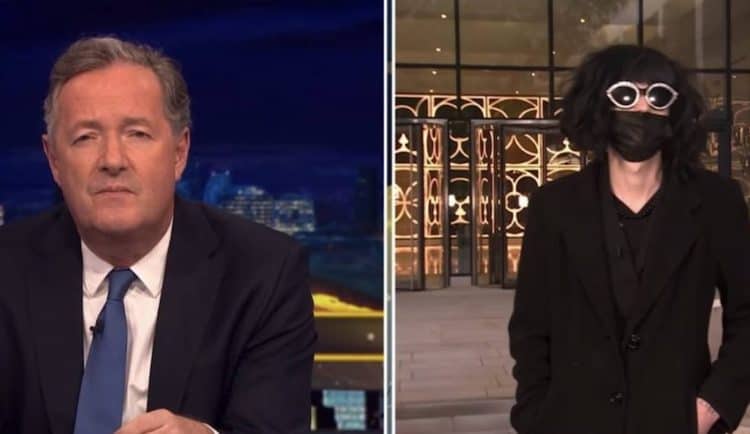 We’ll level with you: The C-word in question isn’t ‘coconut’. Piers Morgan ended getting a verbal lashing from a trans activist on Monday evening, after a debate about women’s rights descended into chaos.

The combative TV host went toe-to-toe with a masked campaigner, and Morgan maintained that he was a big supporter of trans rights. That seemed to rub the sweary guest up the wrong way, and they vehemently rejected Piers’ claims.

It was somewhat ironic that, while appearing on a show called Uncensored, the Talk TV network eventually had to pull the plug on the interview. Once the C-bomb was dropped, there was no going back – and it concluded a ferocious rant…

“It’s bullshit, that you ever supported trans rights. You rely on dog-whistles and repeat the same points… Piers, shut up, please. I’m going to leave the interview now. I thought it would be funny, but I just want to say you’re a c*** and a fascist.”

In trying to regain his composure, Piers Morgan apologised to his viewers, branding his guest as a ‘complete idiot’. He lamented the use of abusive language, accusing the outspoken activist of only ‘pretending to debate’.

It’s fair to say old Piersy was fuming with the whole affair..

“I apologise again to our viewers for the language. That person was a complete idiot, which it what we saw from the video. We hoped for a reasonable conversation, these people think its fine to come on a show like this, pretend to debate, and then use abusive language.”

Since making his debut on TalkTV earlier this month, Piers Morgan hasn’t had it all his own way. Apart from being called a c*** live on-air, his former friend in the White House – Donald Trump – also stormed out of an interview with him.

As for the viewing figures? Well, they haven’t been great either. Despite pulling in 317 000 onlookers on launch night, the average overnight numbers for Uncensored have since dropped to around 44 000. The show has lost nearly 80% of its linear TV ratings.

Once again, it appears that Piers Morgan is being ‘cancelled’… by the court of public opinion.