The prime minister has sent further warnings that the UK is prepared to rewrite unilaterally the terms of the Brexit deal he signed. 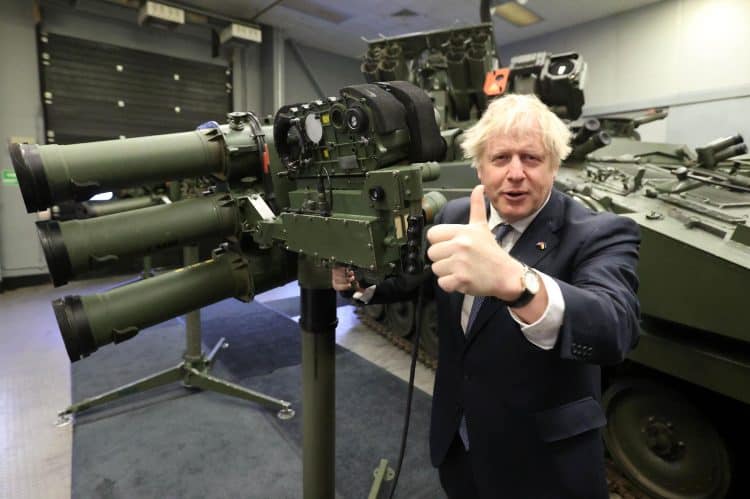 Boris Johnson has said there is a problem that “needs to be fixed” with the Northern Ireland Protocol.

He travelled to Belfast to meet leaders of the Stormont parties in an attempt to secure progress – but also used the trip to issue a warning to Brussels that the UK is prepared to rewrite unilaterally the terms of the Brexit deal he signed.

The move could risk a trade war with the European Union, but Johnson is frustrated that talks with Brussels to resolve the protocol problems have not made sufficient progress.

“None of the parties – I spoke to all five parties just now – not one of them likes the way it’s operating, they all think it can be reformed and improved,” the prime minister told reporters in Belfast.

Johnson said “we would love this to be done in a consensual way with our friends and partners” in Brussels, “ironing out the problems, stopping some of these barriers” to goods crossing the Irish Sea from Great Britain.

“But to get that done, to have the insurance, we need to proceed with a legislative solution at the same time.”

“Problem that needs to be fixed”

Taking questions from reporters, the prime minister said: “We all see there is a problem that needs to be fixed.”

“I have got to find a way of getting the balance of the Good Friday Agreement respected and getting both traditions, both communities, coming together for the benefit of the people of Northern Ireland,” he said.

He continued: “I want people to come back and work in the Stormont Government. I want members of the Assembly to get back. I see no case for paying them full rations if they’re not back there.”

In an interview with Channel 4, Mr Johnson also defended his own central role in the negotiation of the protocol, hitting out at the EU in the process.

“It explicitly, on the face of it, says that we’ve got to protect the UK internal market, and that was the reason I went for it – because it seemed to me like those were things that our friends in the EU would mean sincerely.”