The prime minister was in Belfast in an attempt to secure progress on a Brexit deal that he signed. 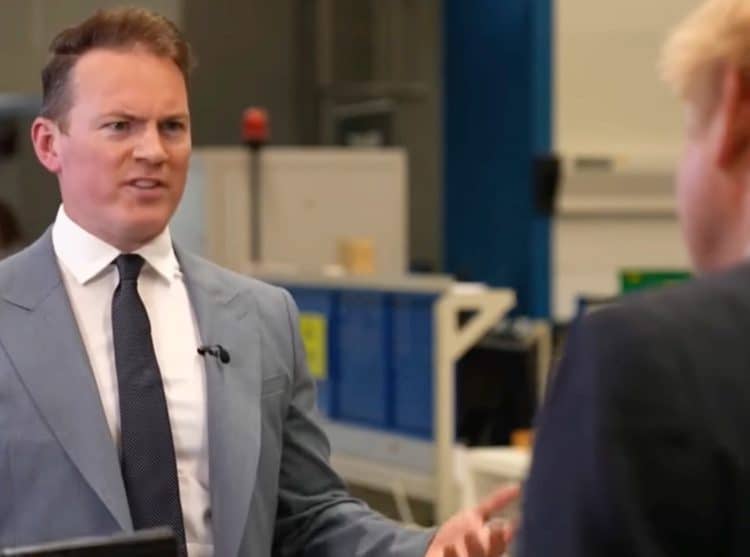 Channel 4’s Paul McNamara had Boris Johnson hook, line, and sinker in an interview during his latest trip to Northern Ireland.

The prime minister travelled to Belfast to meet leaders of the Stormont parties in an attempt to secure progress – but Johnson also used the trip to issue a warning to Brussels that the UK is prepared to rewrite unilaterally the terms of the Brexit deal he signed.

The move could risk a trade war with the European Union, but Mr Johnson is frustrated that talks with Brussels to resolve the protocol problems have not made sufficient progress.

“None of the parties – I spoke to all five parties just now – not one of them likes the way it’s operating, they all think it can be reformed and improved,” the prime minister told reporters in Belfast.

Johnson said “we would love this to be done in a consensual way with our friends and partners” in Brussels, “ironing out the problems, stopping some of these barriers” to goods crossing the Irish Sea from Great Britain.

“But to get that done, to have the insurance, we need to proceed with a legislative solution at the same time.”

Channel 4 News presenter McNamara couldn’t resist the temptation to point out that it was indeed him that agreed this deal in the first place.

Putting it to the PM, he said:

“Prime minister, you must be furious with whoever signed up to a deal this bad!”