A Trump fan who was caught on camera screaming vile racist abuse at a Muslim family wept after being arrested, and his mugshot shows a sorry sight. Alexander Downing had shouted at the group, including very young children, telling them: “ISIS don’t mean s*** to me, motherf***er. “Donald Trump, Donald Trump, motherf***er. “You’re in my country. You want to […] 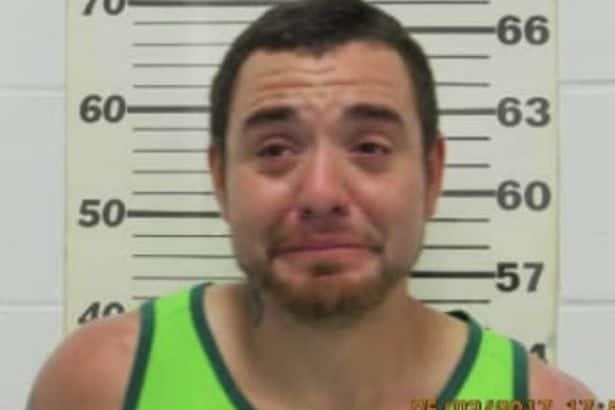 A Trump fan who was caught on camera screaming vile racist abuse at a Muslim family wept after being arrested, and his mugshot shows a sorry sight.

Alexander Downing had shouted at the group, including very young children, telling them: “ISIS don’t mean s*** to me, motherf***er. He was later arrested by officers on South Padre Island, a beach resort on the coast of Texas, for public intoxication.

Downing cut a much more pathetic figure in his mugshot, struggling to hold back tears. It looks like, when the drink wore off, he regretted his actions. His outburst has no place in civilised society and abusing a family trying to enjoy a day out with their young children, is abhorrent. Regardless of any personal problems he may have, that is no way to act.

The family said Downing was a complete stranger and had no idea why he targeted them.

They were particularly upset because children witnessed the abuse. A member of the family, named only as Ahmed, told the Daily Beast: “When he called it ‘his country’… It is my country, too.

“America is my country, whether he likes it or not.”