"If you are curious about Boris Johnson's reference to Cincinnatus in his goodbye speech - he was a 5th century BC Roman politician who saved the state from an invasion, then - job done - returned to his farm ('to his plough'). He was also an enemy of the people." 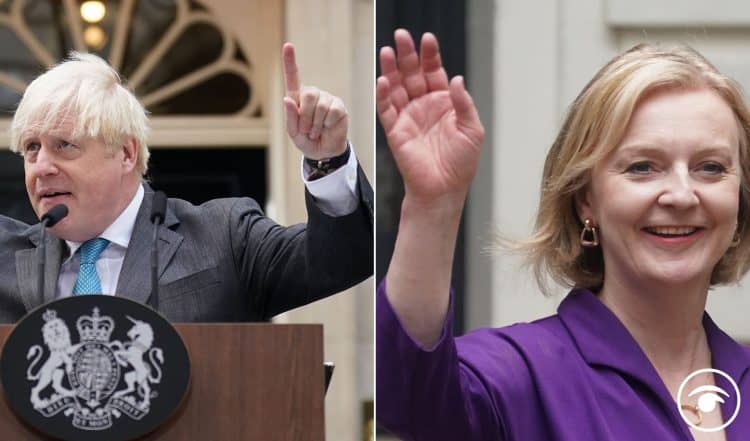 Boris Johnson pledged his “fervent support” for successor Liz Truss as she prepared to take over as prime minister and deliver a plan to address the energy crisis.

However, in a sign of lingering resentment at the manner in which he was forced out, Mr Johnson said “the baton will be handed over in what has unexpectedly turned out to be a relay race, they changed the rules halfway through, but never mind that now”.

“The baton will be handed over in what has unexpectedly turned out to be a relay race – they changed the rules halfway through, but never mind,” he said outside No 10.

Sky’s Beth Rigby said: “You could sense the bitterness.”

He said his career was now like a booster rocket “that has fulfilled its function and I will now be gently re-entering the atmosphere and splashing down invisibly in some remote and obscure corner of the Pacific”.

Mr Johnson said “I will be offering this government nothing but my most fervent support”, calling for Tories to unite behind the new leader at a “tough time for the economy”.

Before we get to the video slamming his speech here are a few snap comments of his farewell message:

Filmmaker Peter Stefanocivc created another video where he slams Johnson.

He shared the video and wrote: “No contrition, no humility, no apology. Boris Johnson’s final speech on the steps of No10 this morning was filled with delusional bull****. To the very last he has taken the public for fools I have added some actual FACTS.”