“Yes, that’s right. I’m Nish Kumar and I was cancelled by the BBC. And like everyone that’s been ‘cancelled’, I got a new television show on a different channel and I’m more unapologetic than ever.” 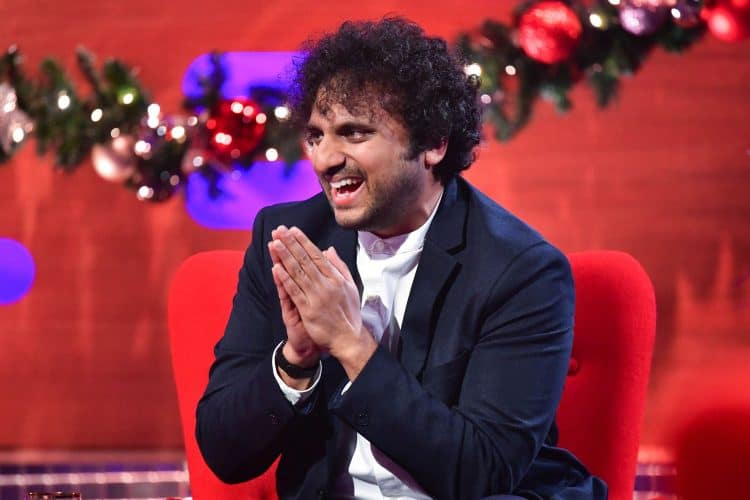 Nish Kumar and the team are back after Mash Report was cancelled by the BBC.

Nish told Radio Times: ‘Everybody has jumped at the chance to come back. I think that speaks to either the deep, abiding affection and professional respect we all have for each other, or the fact that we’re all fundamentally unemployable.’

At the time of The Mash Report’s cancellation, several news outlets pointed out the show’s axing came after reports in The Telegraph suggesting the BBC’s newly-appointed director general Tim Davie was “planning to tackle perceived left-wing bias in the corporation’s comedy shows”.

In 2018, broadcaster Andrew Neil singled out The Mash Report while complaining that the BBC’s comedy output was too left-wing.

Introducing the new show, Nish made light of his BBC exit, joking: “Welcome to Late Night Mash. Like the Taliban, despite popular demand we are back.

“Yes, that’s right. I’m Nish Kumar and I was cancelled by the BBC. And like everyone that’s been ‘cancelled’, I got a new television show on a different channel and I’m more unapologetic than ever.”

He added: “Think of me as the brown Laurence Fox, not because we are similar but mainly because I think he would really hate that.”

Commenting on the new channel location, he added: “It’s a pleasure to be here though. Normally BBC shows actually end up on Dave without having to be cancelled first.

“But we’re really looking forward to making a success of this show on Dave, by which I mean being on Channel 4 in two years time.”

Related: BBC’s loss? The Mash Report will return after being axed for apparent ‘left-wing bias’