Glaciers in the Antarctic are being melted from below by a newly discovered process that adds to fears over rising sea levels and climate change. A study revealed a previously undocumented process where melting glacial ice sheets change the ocean in a way that further accelerates the rate of ice melt and sea level rise. […] 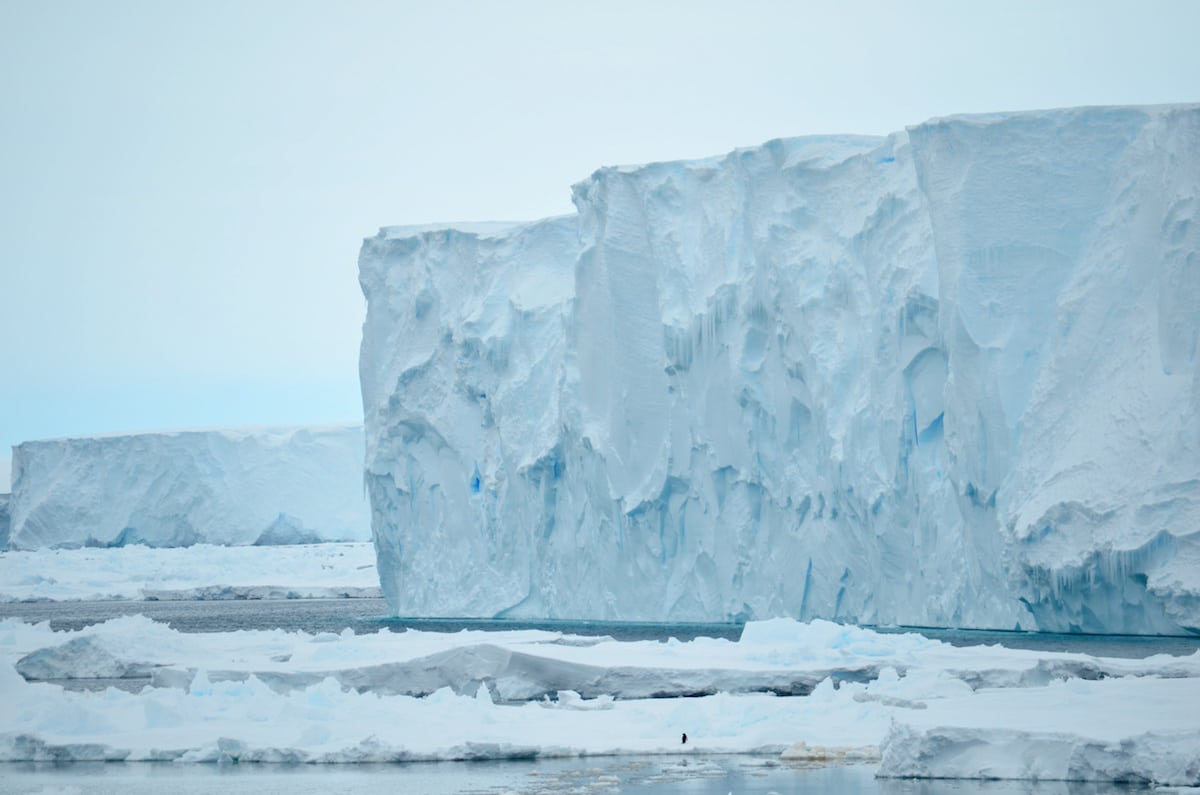 Glaciers in the Antarctic are being melted from below by a newly discovered process that adds to fears over rising sea levels and climate change.

A study revealed a previously undocumented process where melting glacial ice sheets change the ocean in a way that further accelerates the rate of ice melt and sea level rise.

The findings show that glacial meltwater makes the ocean’s surface layer less salty and more buoyant, preventing deep mixing in winter and allowing warm water at depth to retain its heat and further melt glaciers from below.

Study leader Alessandro Silvano, a PhD student at the Institute for Marine and Antarctic Studies (IMAS) at the University of Tasmania in Australia, said: “This process is similar to what happens when you put oil and water in a container, with the oil floating on top because it’s lighter and less dense.

“The same happens near Antarctica with fresh glacial meltwater, which stays above the warmer and saltier ocean water, insulating the warm water from the cold Antarctic atmosphere and allowing it to cause further glacial melting.

“We found that in this way increased glacial meltwater can cause a positive feedback, driving further melt of ice shelves and hence an increase in sea level rise.”

The study, published in the journal Science Advances, found that fresh meltwater also reduces the formation and sinking of dense water in some regions around Antarctica, slowing ocean circulation which takes up and stores heat and carbon dioxide.

Mr Silvano said: “The cold glacial meltwaters flowing from the Antarctic cause a slowing of the currents which enable the ocean to draw down carbon dioxide and heat from the atmosphere.

“In combination, the two processes we identified feed off each other to further accelerate climate change.”

He said a similar mechanism has been proposed to explain rapid sea level rise of up to five metres per century at the end of the last glacial period around 15,000 years ago.

Mr Silvano added: “Our study shows that this feedback process is not only possible but is in fact already underway, and may drive further acceleration of the rate of sea level rise in the future.

“Currently the ice shelves resist the flow of ice to the ocean, acting like a buttress to hold the ice sheet on the Antarctic continent.

“Where warm ocean waters flow under the ice shelves they can drive rapid melting from below, causing ice shelves to thin or break up and reducing the buttressing effect.

“This process leads to rising sea levels as more ice flows to the ocean.

“Our results suggest that a further increase in the supply of glacial meltwater to the waters around the Antarctic shelf may trigger a transition from a cold regime to a warm regime, characterised by high rates of melting from the base of ice shelves and reduced formation of cold bottom waters that support ocean uptake of atmospheric heat and carbon dioxide.”