This is painful to watch! 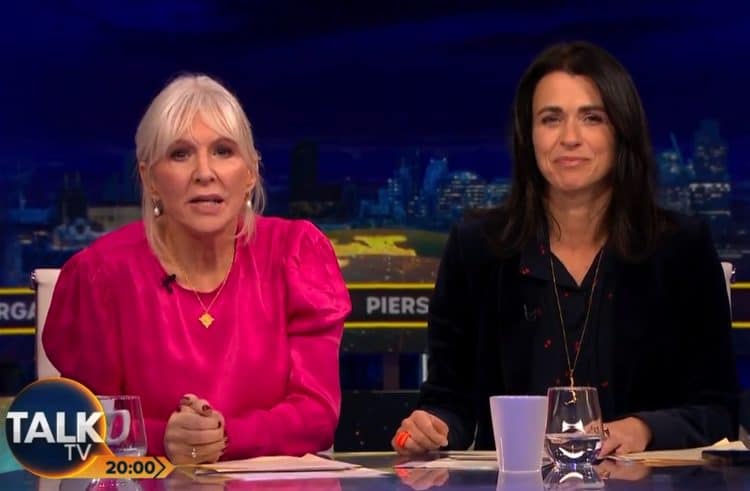 Nadine Dorries has stepped in for Piers Morgan on TalkTV this week… and her debut couldn’t have gone any worse.

The former culture secretary made a hash of reading out a news bulletin on Rishi Sunak’s new cabinet, which was revealed to a series of collective groans yesterday.

Suella Braverman was re-appointed home secretary, just days after she was removed from the position over a security breach.

And Michael Gove returned as levelling up secretary.

Announcing the news, Dorries stumbled over her words and barely managed to get through the opening news clips.

Still, that may actually constitute a step up compared to her career in politics!