Even more reason not to watch it! 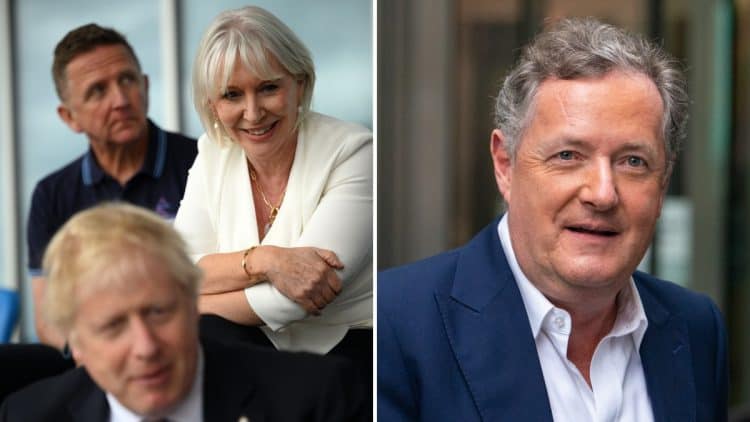 Nadine Dorries will stand in for Piers Morgan on his TalkTV show, Uncensored, next week while the presenter is on holiday.

The Tory MP and former culture secretary will guest host on Monday and Tuesday and will be joined by Emily Sheffield, former editor of the Evening Standard.

Her appearance on the fledgling news and current affairs channel, operated by News UK, will come amid the start of another Tory party leadership contest following the resignation of Liz Truss as Prime Minister on Thursday.

Ms Dorries said: “I try to avoid TV these days and I’m not one of the MPs you find running across to the cameras on the green or in and out of TV studios, but I’m excited about TalkTV and the opportunity to do this during what could turn out to be one of the most eventful weeks we have ever known in British politics.”

On Wednesday, TalkTV’s Kate McCann will present alongside The Sun’s political editor Harry Cole, while author and columnist Douglas Murray and Ms Sheffield will be at the helm on Thursday.

Ms Dorries, an ally of Boris Johnson, has hinted strongly the former PM is preparing to run for the Tory leadership.

She told Sky News: “He is a known winner and that is certainly who I’m putting my name against because I want us to win the general election.

“Having a winner in place is what the party needs to survive.”

Richard Wallace, head of TV at TalkTV’s News UK Broadcasting, said: “It’s set to be another explosive week in British politics and this line up of guest hosts will be able to help TalkTV viewers analyse and dissect the issues that really matter as events unfold.”