“It would appear that even senior government ministers were reluctant to push back on scientific advice that seemed to go against commonsense interpretations of the unfolding crisis,” said Professor Trish Greenhalgh. 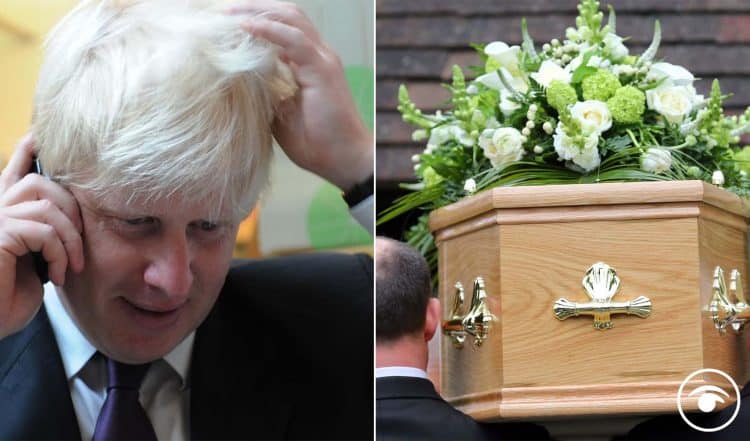 Boris Johnson’s handling of the pandemic is one of the worst public health failures in the UK’s history, a landmark inquiry has revealed.

The report exposed major government “deficiencies”, fueled by British exceptionalism, a lack of transparency and the exclusion of international experts from UK’s scientific advisors group, according to The Guardian.

The prime minister’s first order of a complete lockdown was described as “slow” by the report, which labelled it as the “wrong policy”, leading to “a higher initial death toll”.

And decisions on lockdowns and social distancing at the beginning of the pandemic were found to be “one of the most important public health failures the United Kingdom has ever experienced”.

The belief that it would be “impossible” to contain the virus was only challenged when it became clear the NHS would be overwhelmed.

The report was based on evidence from over 50 witnesses, including former health secretary Matt Hancock, and leading figures among government science and medical advisers.

It uncovered that some of the worst early failings were caused by a “groupthink” between ministers and scientists resulting in “fatalism”, according to Greg Clark, the chair of the science and technology committee.

The report also criticised the low level of protection in care homes and for minority ethnic groups and people with learning disabilities.

Relationship between government and science advisors

Professor Trish Greenhalgh, of the University of Oxford, said the report showed a “less than healthy relationship” between the government and its science advisors.

“It would appear that even senior government ministers were reluctant to push back on scientific advice that seemed to go against commonsense interpretations of the unfolding crisis,” she told the newspaper.

Recently, it emerged that the government modelled the impact of a coronavirus hitting England four years before the pandemic, with health officials warning of the need to stockpile protective equipment and develop a contact tracing tool.

Exercise Alice, carried out in February 2016, recommended 12 actions for the government to make the NHS ready to cope with an outbreak of Middle East Respiratory Syndrome (Mers) coronavirus.

This included ensuring sufficient levels of Personal Protective Equipment (PPE) and producing a plan examining the evidence on quarantine and self-isolation requirements and recommending a “viable” approach.

The exercise was commissioned by the Department of Health and Social Care in response to concerns raised by the chief medical officer about the planning and resilience to respond to a Mers outbreak in England.

The resulting 23-page report says that PPE stockpiles were suggested “as a means to ensure sufficient quantities were available”, and a live, web-based contact tracing system was also recommended.

A key section reads: “There was a general consensus on the need to identify capacity and capability of assets within the health system.

“Assets in this context would be all resources that would be required to effectively respond to a Mers-CoV outbreak such as trained personnel, appropriate PPE in sufficient quantities and the requisite beds with suitable clinical equipment.”

In response to these revelations, Sky News presenter Kay Burley asked minister Steve Barclay if he was keen to start with an apology.

He refused, but at the same time told the presenter he had not read the report.

Barclay also appeared on BBC Breakfast and said he “didn’t accept” that the government was “late to lock down”.