"This is the sleepwalking I was talking about," Black tweeted. 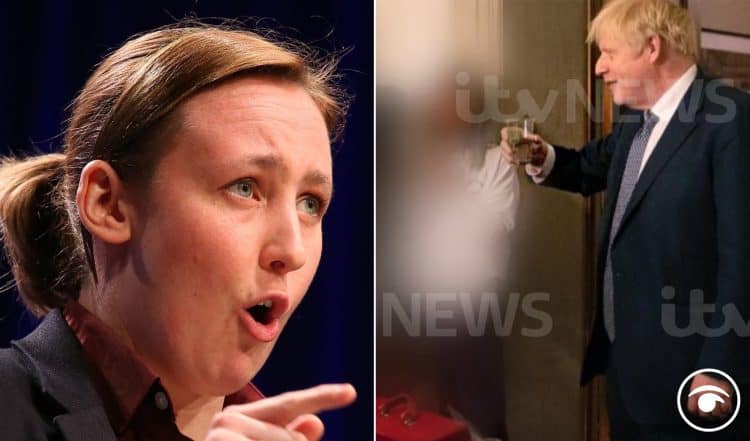 Despite facing criticism over his partygate defence, the Prime Minister chose to announce changes to the ministerial code on Friday in a move his rivals said watered-down punishments for ministers.

An update said ministers will not automatically lose their jobs if they breach the standards code, and can instead apologise or possibly have their salary suspended instead.

Chris Bryant, the Labour chairman of the Commons Standards Committee, labelled the changes a “disgrace”.

Labour’s Angela Rayner said: “Boris Johnson has today rewritten his own foreword to the ministerial code, removing all reference to honesty, integrity, transparency and accountability. He is downgrading standards and debasing the principles of public life before our very eyes.”

Lord Geidt told the Prime Minister his confidence had been “shaken” by the scandal over who funded the refurb of the Prime Minister’s flat, and that the episode demonstrated “insufficient regard or respect for the role of Independent Adviser.”

He watered down the ministerial code and blocked a bid to give his ethics advisor the power to investigate him.

Just days after Sue Gray’s report slammed No10’s leadership for the “culture” that led to Partygate, the Prime Minister issued a new version of the rules for ministers – allowing ministers to break the rules without resigning.

In response, Mhairi Black tweeted: “This is the sleepwalking I was talking about,” in reference to a speech she made in Parliament about creeping fascism in the UK.

Mike Galsworthy wrote: “And you were spot on.”

Her speech has gone viral, again, as the PM makes worrying changes to the laws that govern elected officials.