Denouncing UK sanctions, Daria Kaleniuk said: "Putin is attacking my country, so I beg you to stand up for Ukraine." 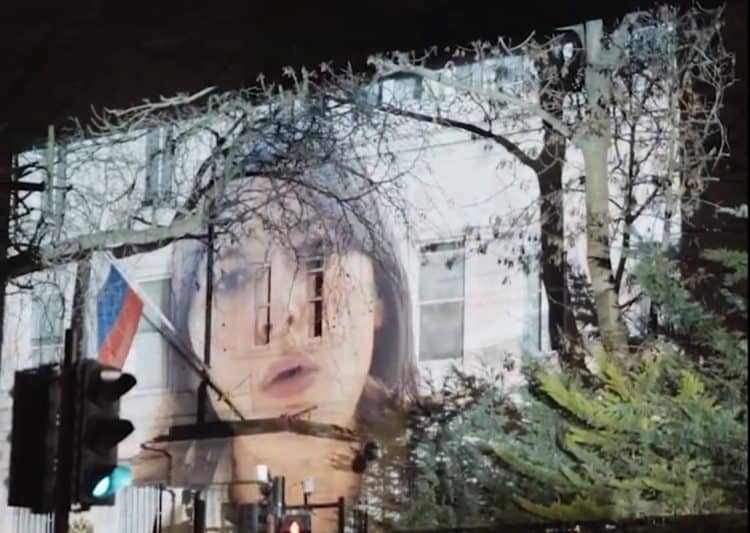 Campaign group Led by Donkeys has projected an important message onto the Russian Embassy in London.

The world woke to news that Russia had started a ‘full-scale invasion’ of Ukraine this morning, with Vladimir Putin announcing a “military operation” in the Donbas region in response to “threats”.

It comes after Boris Johnson was criticised for passing meagre sanctions on oligarchs and banks in response to Russian aggression.

Ian Blackford told MPs during PMQs that “under the Tories, a sewer of dirty Russian money has been allowed to run through London for years.

“How can our allies trust the PM to clean up dirty Russian money in the UK if he won’t even clean it up in his own political party?”, he said.

Ukrainian anti-corruption activist Daria Kaleniuk recorded a message for the government that was projected onto the Russian Embassy this week.

She said: “What we demand from our partners and the United Kingdom government is tough sanctions.

“What was announced yesterday was not tough sanctions.

“Putin is attacking my country, so I beg you to stand up for Ukraine.”