The leader of Australia’s rightwing One Nation party, Pauline Hanson, has been rebuked for arriving at a Senate session dressed in a black burqa. A form of dress usually worn by some Muslim women. Hanson caused a huge commotion as she walked into the chamber, during daily question time, dressed in the full body wear. […] 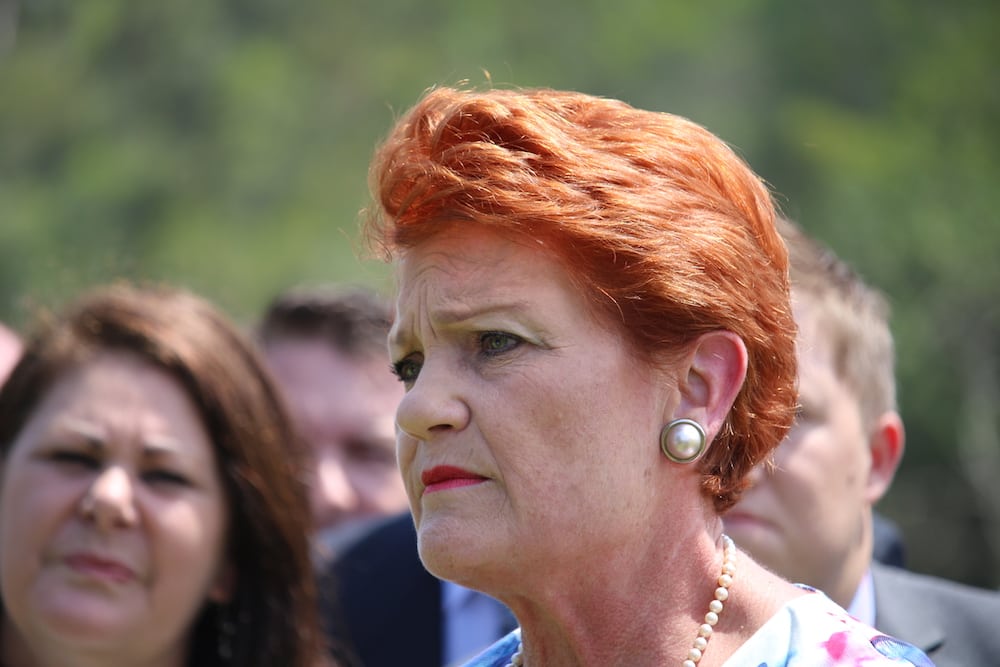 The leader of Australia’s rightwing One Nation party, Pauline Hanson, has been rebuked for arriving at a Senate session dressed in a black burqa. A form of dress usually worn by some Muslim women.

Hanson caused a huge commotion as she walked into the chamber, during daily question time, dressed in the full body wear.

She wore a burqa to highlight security conners of people wearing the dress and she hopes to get them banned.

The leader of the opposition in the Senate, the Labor senator Penny Wong, was clearly very angry at Hanson’s actions, and told her: “It is one thing to wear religious dress as a sincere act of faith and another to wear it here as a stunt in the Senate chamber.”

Hanson’s call for the banning of the burqa prompted disorderly interjections from across the chamber.

Hanson asked: “In light of our national security of this nation, will [the government] work with me to actually ban the burqa in Australia considering there have been 13 foiled national threats against us with terrorism, three that have been successful that Australians have lost their lives?

“Terrorism is a true threat to our country. Many Australians are in fear of it. What I would like to ask on behalf of the Australian people, considering there has been a large majority of Australians wish to see the banning of the burqa.”

Hanson later took to Facebook to double down on her behaviour in the parliament.