Former Labour adviser and broadcaster Ayesha Hazarika introduced the prince at the Travalyst event at the EICC in Edinburgh. 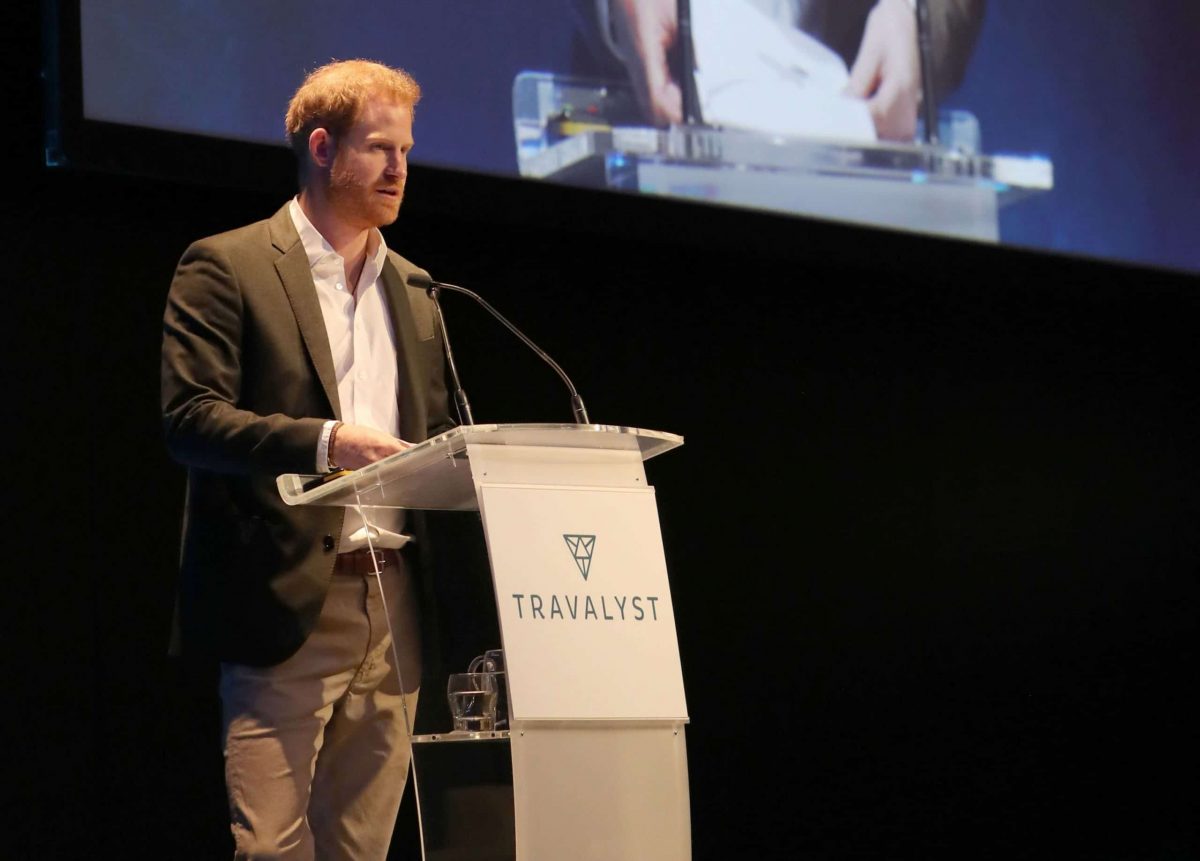 The Duke of Sussex asked to be introduced just as Harry as he described Scotland’s tourism industry as being at the “forefront” of making the sector more sustainable.

The prince was speaking at the Travalyst event at the EICC in Edinburgh on Wednesday as he ushered in his new future role as a financially independent royal by asking the public to call him Harry.

The duke would normally be referred to as Sir or His Royal Highness – a style he will no longer use when he steps down as a working royal on March 31.

Former Labour adviser and broadcaster Ayesha Hazarika, who was hosting the conference, introduced the duke to the stage as Harry after the royal had asked for just his first name to be used.

She said: “He’s made it clear that we are all just to call him Harry so ladies and gentlemen please give a big, warm Scottish welcome to Harry.”

He told the Travalyst event the industry in Scotland was at the forefront of making the sector greener, saying it could set an example for the rest of the UK and world.

“We want to hear truths and perspectives from across the industry,” he said.

“We don’t need to reinvent the wheel, a lot of great work has already been done.

“But our research again shows that many of these endeavours have failed to reach the conscientiousness of consumers.”

He added: “We have to work together … to scale up the good practices already being used around the world. Scotland is a great example of what we mean.

“There is a holistic ambition to Scotland’s intent that can be adopted across the UK and even around the world.

“Scotland is one of the fastest-growing tourism destinations worldwide and it’s at the forefront of a more sustainable approach, which is why your insight into these issues is so incredibly valuable.”

The Duke founded the Travalyst coalition along with brands including Booking.com, Skyscanner, Tripadvisor, Trip.com and Visa.

The conference at the Edinburgh International Conference Centre on Wednesday will allow Harry and his Travalyst team to gain feedback from the travel industry on new ideas for sustainability, including creating an online scoring system to show the eco-friendly status of aviation, accommodation and holiday experiences.

About 100 people from the tourism and travel industries invited to join the working summit.

The duke said: “We believe that travel is a good thing – it is the heart of human experience, of cultural connections and of new friendships.

“It is a global powerhouse that employs hundreds of millions of people, keeping culture alive, protecting some of the world’s most precious spaces and introduces us to people, places and wildlife that we have only ever seen on a screen.

“It is these experiences that we remember and cherish.”

He added: “If we do not act and in a large part get ahead of the inevitable surge, this massive increase will mean risking more of the world’s most beautiful destinations closed or destroyed, more communities becoming overwhelmed, more beaches shut because of pollution, and animals and wildlife driven from their natural habitat – which has a huge impact on communities and reduces tourism opportunities.”